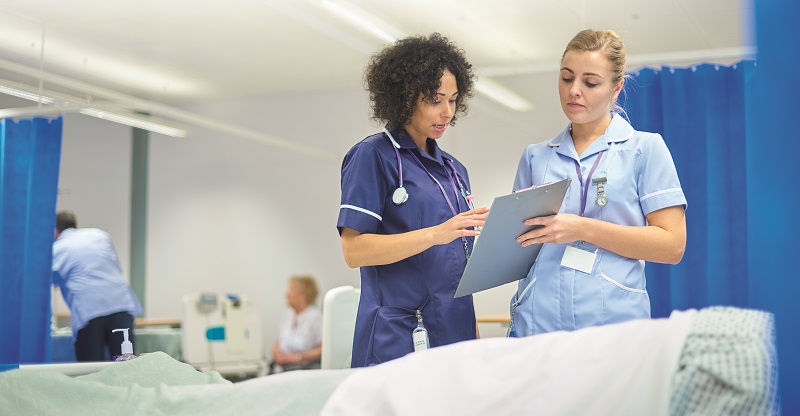 There is “serious concern” among universities that the government has still not found an organisation to assess over 1,000 nursing apprentices who have six months left on their course.

Of these, nine have had people start on them.

The typical duration for the programme is 24 months – meaning the first cohort of apprentices on this standard should complete their course by August.

“We recognise the current lack of end-point assessment organisations is problematic and this is of concern to us,” said Denise Baker, head of the school of allied health and social care at the University of Derby, which had the most, 130, starts on the nursing associate standard in 2017.

She added: “There is an even greater issue surrounding the incentives for nursing associate apprentices to undertake end-point assessments as, following the successful completion of their foundation degree, it confers eligibility to apply for registration with the Nursing and Midwifery Council, which gives them the accreditation they need.

A spokesperson for the University of Central Lancashire said the lack of end-point assessment organisation for the nursing associate apprenticeship is a “serious concern for the university as we wish to ensure apprentice completion and, where relevant, the appropriate professional qualification or license to practice”.

But not all universities are worried about the lack of EPAO, yet.

“The Nursing and Midwifery Council have set the regulatory standards for this programme and we are awaiting the ratification and final agreement on the apprenticeship standard regarding end-point assessment,” said a University of Bolton spokesperson.

“Once confirmed we are confident that providers will come forward as EPAOs.

“We do have large numbers of students but are confidently preparing the students.”

The Nursing and Midwifery Council told FE Week it has “no role in the apprenticeship, specifically, in securing an EPAO”.

A spokesperson for the Institute for Apprenticeships and Technical Education, claimed that for all standards that currently have no EPAO, including the nursing associate, “we or ESFA are engaged with an organisation who has declared an intention to become the EPAO for the standard”.

He added: “We work with the ESFA and trailblazers to ensure that there is appropriate coverage of end-point assessment organisations across all standards.”

The Department for Education said: “It is a priority for us to make sure that an end-point assessment organisation is available to every apprentice when they are ready to undertake one.”

In 2016 Dr Sue Pember, a former top skills civil servant and now director of adult and community learning group Holex, said it was “morally wrong to start an apprentice on a programme when you don’t know how they are going to be tested at the end”.

“I am still concerned, if anything more so,” she told FE Week after being shown the situation for nursing associate apprenticeships.

“I have heard sad stories from apprentices who feel they can’t look for a new job or even apply for promotion because they haven’t had it confirmed they have met the standards.

“This is sad for the individual and it is not helping secure a premier brand image for apprenticeships.”

In April last year FE Week was first to expose the end-point assessment crisis. We found nine would-be dental practice managers, who began their apprenticeship with Barnet and Southgate College in November 2015 and should have completed the programme in May 2017, still couldn’t be tested because the assessment plan was unworkable.

This newspaper also found the shocking example of a blameless apprentice on a level two large goods vehicle driving standard, who missed out on a pay rise because there was no EPA ready for him.

Despite FE Week’s findings, the Institute for Apprenticeships and Technical Education rejected concerns about apprentices being unable to graduate – accusing people who raised them as simply “inflammatory”.