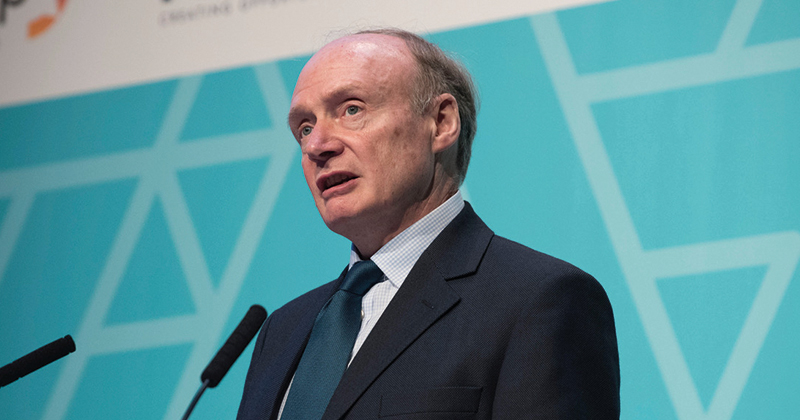 The Institute for Apprenticeships has rejected concerns about apprentices being unable to graduate – accusing people who raise them as simply “inflammatory”. FE Week was first to raise the issue of a lack of end-point assessments back in 2016, but are the apprentices really affected? We spoke to scores of providers and employers, and our investigation paints the most comprehensive picture yet of what’s really going on

They finished their training and should have completed last May.

But almost a year later nobody is available to test them because the assessment plan is unworkable.

We also found the shocking example of a blameless apprentice on a level two large goods vehicle driving standard, who missed out on a pay rise because there is no EPA ready for him [see below].

There are deep feelings of betrayal among many learners who can’t complete, especially those stuck on minimum wage until they finish. 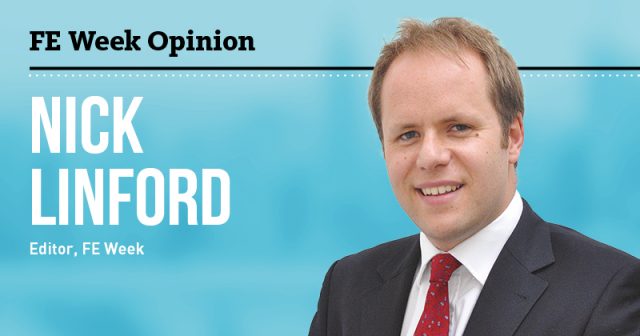 Despite our findings, the IfA has accused the Association of Employment and Learning Providers of being “inflammatory” to raise such issues.

Speaking on April 6, at an event to mark a year since the introduction of the apprenticeship levy, the IfA’s boss Sir Gerry Berragan (pictured above) insisted neither apprentices nor employers are concerned.

Our findings paint a very different picture. We’ve found numerous apprentices who have been unable to complete – either because there was no-one in place to deliver the EPA, or because organisations on the EPA register weren’t ready to deliver.

Yet when we put our findings to the IfA it declined to comment, arguing that the situation is the Department for Education’s responsibility alone.

It also refused our request to interview Sir Gerry.

“We recognise that there is more to do, which is why we continue to work closely with the Institute of Apprenticeships and end-point assessment organisations to address concerns,” said a Department for Education spokesperson.

The DfE claimed 99.1 per cent of all apprentices are on standards with at least one end-point assessment organisation, rising to 99.7 per cent for those due to finish within the next 12 months.

But, as our investigation has revealed, simply having an EPA organisation in place isn’t enough: they have to be ready to deliver.

Our findings prompted the director of policy at Holex, Sue Pember, to demand apprentices be treated “with the respect they deserve”.

“It is wrong to treat young people in this way. We need to protect their interest,” she insisted.

“It is wrong to treat young people in this way. We need to protect their interest”

AELP’s boss Mark Dawe meanwhile accused the government of “swerving the question on the true picture of EPA”.

Apprentices waiting for 12 months for EPA appear not to “register as a problem”.

“Let’s have some honesty and openness which means a collaborative approach and working together to solve the problems,” he said.

AELP submitted the findings of its research (see below) into the readiness or otherwise of standards and assessment plans to the government back in January.

Mr Dawe has since become embroiled in a bitter public row with the IfA, and told the education select committee this week he has been hearing “horror stories” from his members.

EPA has been a hot topic since FE Week first raised grave concerns in June 2016.

The proportion of standards approved for delivery without at least one assessment organisation in place has dropped in that time, from 59 per cent in October 2016 to 30 per cent – or 77 out of 253 – now.

Twenty-one of those 77 have been approved for over a year. Six were fully signed off more than three years ago. 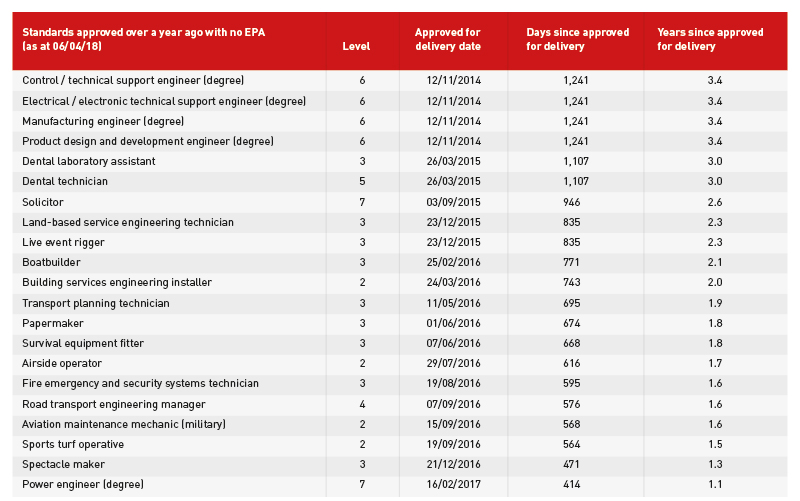 Many of these standards have apprentices on programme – including more than 300 on the level three fire emergency and security systems technician standard, which was approved for delivery in August 2016.

The ESFA requires assessment organisations to have the “necessary infrastructure, policy and assurance procedures” in place within nine months of being accepted onto the register, but that doesn’t mean they have to be ready to deliver.

In the case of the Barnet and Southgate College apprentices, there are two EPA organisations on the register for the dental practice manager standard.

The college told us the assessment plan had been redeveloped and was currently awaiting sign off by Ofqual. This was preventing the EPA from being delivered.

FE Week has asked a number of the organisations listed as providing EPA for these standards how ready they are to deliver the assessments.

A spokesperson for City and Guilds, which is on the register for 41 standards, said it had already delivered 400 EPAs and had “prioritised completion of all EPAs that already have customers”.

Pearson, on the register for 30 standards, is “working to meet demand for EPA based on need”.

NOCN and Highfield, listed as offering EPA for 43 and 22 standards respectively, both said they have assessments booked, while Innovate claimed it is in a position to deliver assessments for 18 standards once apprentices were ready.

The EPA organisations that aren’t ready to deliver

Providers repeatedly told us they had apprentices ready to take their end-point assessment, but the organisations listed as offering it aren’t ready.

Nine apprentices at Barnet and Southgate College began a pilot of the level four dental practice manager standard in November 2015.

They were all ready for their assessment as planned in May 2017 – but the assessment wasn’t ready “due to issues with the content, methods and its overall design”, a college spokesperson told us.

With input from the college, the employer group that developed the standard went back to the drawing board and has now resubmitted a revised assessment plan to Ofqual.

But according to Ofqual, the assessment plan has been with the trailblazer group since February 2017 – so it seems the apprentices are no closer to finishing their apprenticeships than they were last May.

Changes to the assessment plans have also been holding up apprentices on the level two large goods vehicle standard.

One provider who asked to remain anonymous said he had one apprentice on the standard who should have been coming up to assessment now but instead his progress has “ground to a halt”.

“He will have a wage rise when he completes his apprenticeship because he’s on a slightly lower rate at the minute,” he said.

It’s also affecting the provider’s relationship with employers who “see it as our problem, our fault, because they don’t understand everything that’s going on”.

Richard Weston, speaking on behalf of the National Logistics Academy, has 18 apprentices who started last May and “clearly the employer is looking now to see what the options are for EPA”.

Although there are six organisations on the register, none are in a position to deliver it.

The one that’s closest to being ready is “looking to start” in June or July “but they’re requiring 90 days’ notice to book an EPA” – meaning it could be September or October before the assessment can actually be taken.

However, Highfield Qualifications, one of the six EPA organisations, told FE Week that it is now ready to deliver the assessments.

Sandra Cooper from the Care Learning Centre has around 85 apprentices approaching their end-point assessment on three standards in the coming months.

“We didn’t shy away from the new standards, we wanted to get on and do it straightaway, so we started ours in May last year, so realistically most of our learners should be ready in May,” she said.

But she said none of the ones she’d contacted had been able to guarantee they would be in a position to offer the assessment when her apprentices were ready.

One provider told us that their apprentices have been held up because EPA organisations don’t have enough qualified assessors – even though they claimed to be able to deliver the assessments.

A further two providers were forced to take the regressive step of moving apprentices from standards back to the equivalent frameworks, simply because the EPA was undeliverable.

Coventry College has done this for learners on the welding standard “to keep employers happy”.

According to the DfE, just 0.3 per cent of apprentices due to complete in the next 12 months are on standards without at least one EPA organisation in place.

Among those are 21 apprentices at one provider, who asked to remain anonymous, on the land-based service engineer standard.

It was approved for delivery more than two years ago, but so far no assessment organisations have stepped up to the plate.

Furthermore, there is “no sight” of when the assessment might be available.

The provider’s current cohort is unlikely to complete their apprenticeship within the allotted time – which will have a knock-on effect on the next cohort of apprentices.

As things stand, the current apprentices only have limited knowledge of what will be in the final assessment, which means they can’t properly prepare.

Other providers, including Richard Weston at the National Logistics Academy, told FE Week how valuable it was for apprentices to have practice papers ahead of the EPA.

“Until you can actually give them a flavour of how they’re going to be tested it’s very difficult to prepare them,” he said.

Another provider has learners halfway through their programme on the level two sports turf operative standard, with “no sign” of anyone signing up to offer the EPA.

It’s impossible to quantify how many people haven’t started an apprenticeship because of a lack of EPA – because, by definition, they’re not counted in any statistics.

But Havering College told us it had delayed a cohort of 10 apprentices on the level three accident repair technician standard, as there’s no assessment organisation on the register – and “it doesn’t appear that anyone is applying”.

The college’s fall-back position – if it gets to the point where employers will take their business elsewhere – is to start the apprentices on the equivalent framework.

But that would mean they would only get trained in one of three disciplines (paint, panel, or mechanical, electrical and trim) when the standard covers all three.

The standard is “the employer’s preference for smaller garages, because smaller garages tend to not have only one person who only does the repair or the spraying”.

They’re not the only ones to be holding off starts.

Another provider has employers in their area interested in two standards which “will not sign up” without assessment organisations in place.

This has had an impact on the overall view of apprenticeships, and employers are asking why there were standards approved without an EPA organisation in place.

AELP sent its dossier to the DfE in January

Further evidence exposing the lack of readiness of end-point assessment has come from the Association of Employment and Learning Providers.

The providers’ body sought views from ITPs and assessment organisations on the fitness-for-purpose of both standards and EPAs, which it compiled into a report sent to the Department for Education and the Institute for Apprenticeships in January.

The findings were intended as “part of a constructive engagement on the reforms to help facilitate improvements”, but “we have seen little progress made” it was sent in, a spokesperson admitted.

AELP used a red, amber and green ratings system to show where action is needed on a standard or assessment plan.

Of the 157 assessment plans reviewed, 78 were rated ‘green’ – meaning there were no problems.

But 57 were graded ‘amber’ and needed to be looked at, and an alarming 22 were rated ‘red’ – indicating they required urgent action to fix.

Problems included assessment plans that were too detailed and difficult to follow, and a lack of standardisation of assessments, with apprentices being assessed in different ways for the same standard.