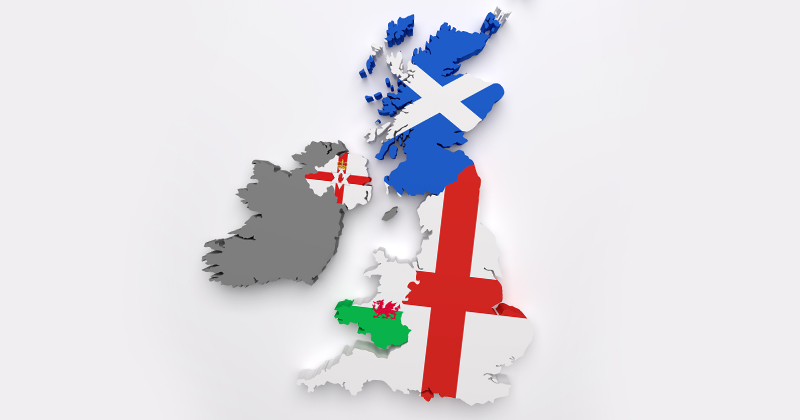 “This is a very timely development”

Last month FE Week covered the launch of the joint report by the UK’s four college associations – Developing a Four Nations College Blueprint for a post-Brexit economy. The report is important because it results from partnership working and co-production by college leaders from across England, Wales, Scotland and Northern Ireland in response to what are perceived as shared challenges.

As the case studies demonstrate, there is much that colleges in each country can learn from one another in terms of best practice and approaches to common issues, such as how to further excellence in vocational education and training (E&T).

Moreover, the report marks a decision by the national college associations to create a Four Nations College Alliance that will develop thinking on the future development of vocational education and its closer integration with industrial policy, economic development and innovation. The alliance will also seek to lead public debate on the role, funding and governance of colleges.

This is a timely development. Although E&T policy is now fully devolved and each country is empowered to do its own thing, there are good reasons for colleges across the UK seeking to learn from and influence policy development beyond their own borders. For instance, the UK government sometimes acts unilaterally on E&T issues in ways that directly impact on the other three nations. Examples include the decision to stop funding the sector skills councils (SSCs), the abolition of the UK Commission for Employment and Skills, university funding and tuition fee policies (which have knock-on effects in the other jurisdictions), and the apprenticeship levy, which was treated as tax measure by HM Treasury and therefore an undevolved matter.

Plus we now possess (by accident rather than design) the opportunities afforded by a policy learning laboratory, where the UK nations share an integrated economy, a set of large national and multinational firms, and a common labour market and employment regulation framework. As skills policies diverge between the four, a close comparison of policy performance is possible because other structural factors are broadly held constant and in common.

As skills policies diverge between the four, a close comparison of policy performance is possible

For example, policy learning can embrace the relative performance of a market-based versus a systems-based approach to delivering E&T. England has favoured a marketplace in schooling, higher education, apprenticeship and further education.

Scotland, Wales and Northern Ireland have remained wedded to a systems approach. Scotland has also introduced a joined-up policy framework that embraces economic development, business support and improvement, job quality and fair wages, skills and innovation. This policy model may be of interest to some English combined authorities.

Scotland has also created an over-arching board to superintend the work of the two skills agencies (Scottish Funding Council and Skills Development Scotland) and the economic development agencies (Scottish Enterprise and Highlands and Islands Enterprise). In Wales, the existing higher education funding council will be abolished and a new tertiary education body created to fund HE, FE and ultimately school sixth forms.

In all four countries, FE and the college sector face major challenges, but the kind of tumult and turmoil that now regularly fills the news pages of FE Week as colleges’ finances collapse, large independent training providers go to the wall due to fraudulent behaviour, and providers cry foul as competitive funding bidding systems deliver unexpected and unwanted outcomes are largely confined to the English marketplace. Comparing the relative costs and benefits of system and market across the UK nations will be an interesting exercise that is liable to gather pace as more data becomes available.

The Four Nations Alliance will soon be launching a commission to review and advise on the long-term role of colleges. The aim is create a vision for the development of colleges across the UK over the next decade.