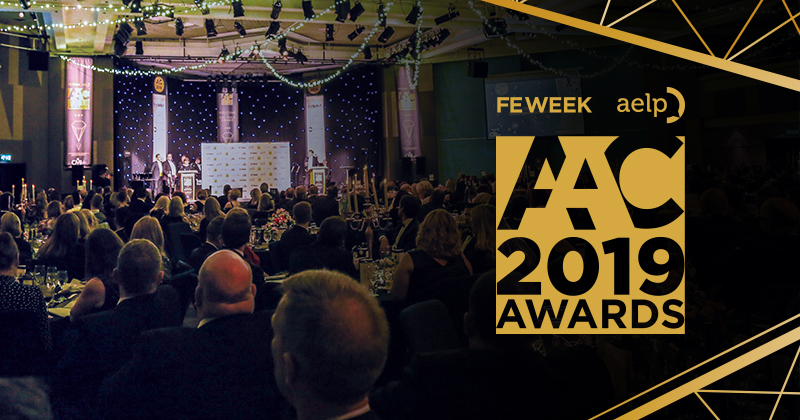 The national finalists of the AAC Apprenticeship Awards 2019 have been unveiled.

Following the success of last year’s inaugural awards organisers introduced several new categories for 2019. There are now two types of awards: Route Apprenticeship Provider of the Year and National Awards.

Those shortlisted will also be invited to attend special reception at the Houses of Parliament, hosted by Commons education select committee chair Robert Halfon, on March 4.

Managing director of FE Week publisher Lsect, and chair of the judging panel, Shane Mann, said: “These awards are a brilliant opportunity to demonstrate and celebrate the importance of apprenticeships in England and the incredible hard work that employers, providers and individuals put into them.

“The volume of entries we’ve received in our second year has been overwhelming and showcases just how much talent there is in the sector.

“We’d like to thank everyone who submitted a nomination and our judges for their time and consideration. I look forward to kicking off the celebrations at our parliamentary reception at the start of National Apprenticeship Week in March.”

AELP chief executive Mark Dawe said: “The second year’s entry nominations for these awards underline why it was totally right for FE Week and AELP to team up and shine a spotlight on the work that employers and providers are doing to promote apprenticeships.

“As this year’s array of finalists demonstrates, the fantastic training being delivered to young people and to existing employees who need to enhance their skills in the face of current economic uncertainty never ceases to amaze me.

“Providers, employers and the apprentices themselves never fail to rise to fresh challenges, and I can’t wait for the awards night in Birmingham,.”

Mr Halfon, who received last year’s Lifetime Achievement Award and will host a parliamentary reception for those shortlisted said: “After last year’s success, it’s fantastic that the AAC Awards are continuing to highlight the incredible work and achievements of colleges and training providers.

“As my committee’s work over the last year has shown, apprenticeships can play a crucial role in fighting injustices in our society, and I would like to congratulate all those nominated who do so much to deliver excellent training and provide a ladder of opportunity for so many people.”

More than 1,250 delegates will attend the flagship national apprenticeship conference for employers and providers, with over 60 workshops plus keynote speeches from Ofsted chief inspector Amanda Spielman and the chief executive of the Institute for Apprenticeships and Technical Education Sir Gerry Berragan.

Organisers will be announcing further keynote speakers in February. 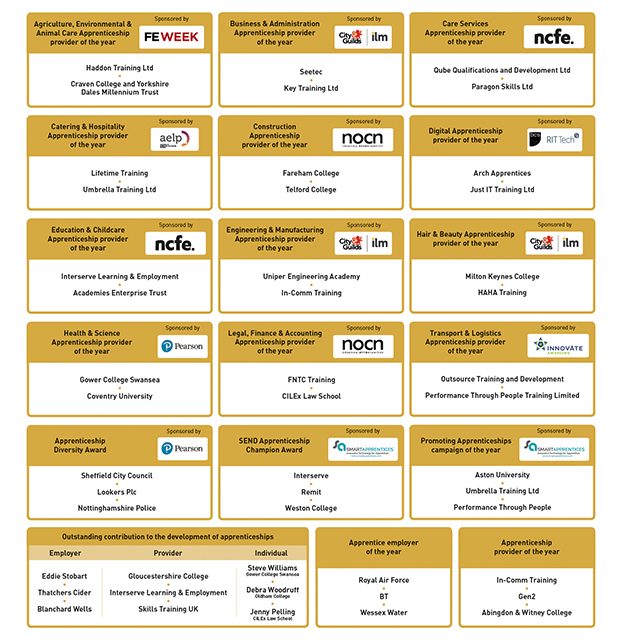