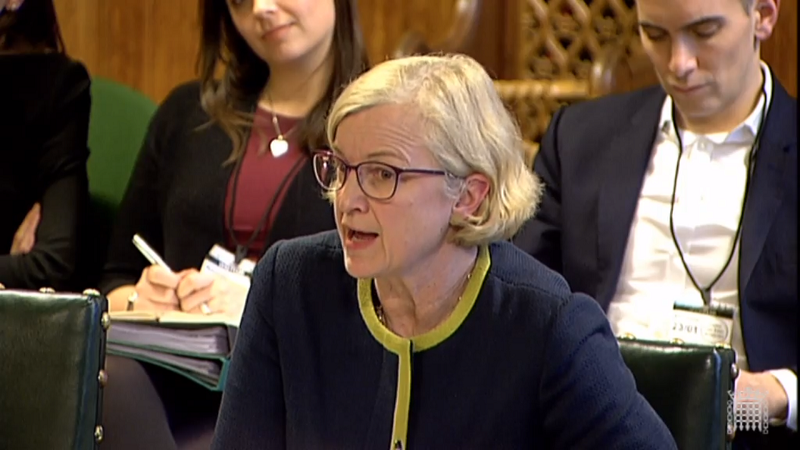 Colleges are likely to increase the amount of courses that “attract the most learners” but which don’t offer “real long-term life prospects” if funding isn’t increased, Ofsted chief inspector has warned.

Amanda Spielman appeared before MPs on the public accounts committee this afternoon, during which she was asked about the impact of cuts of the quality of FE provision.

“This is an area where I genuinely think to deliver what we expect of post-16, it’s hard to see how they can do without an increase in base funding rate,” she said.

Without such an increase, Ms Spielman said she would “expect to see continued efforts to slant FE provision towards the things that can be provided most cheaply” or that “attract the most learners in but don’t necessarily match people” with “the local labour market” or provide “real long-term life prospects”.

“I’d expect to see some clearer decline in the quality of teaching,” she added.

Her comments today follow her controversial speech at the Association of Colleges annual conference in November last year, when she referenced Ofsted research that found a “mismatch between the numbers of students taking courses and their future employment in the industry” in certain level two subjects – particularly arts and media.

At the time, she questioned whether colleges were “putting the financial imperative of headcount in the classroom ahead of the best interests of the young people taking up their courses”.

Today’s hearing wasn’t the first time that Ms Spielman has spoken about the impact of funding pressures on FE provision, and called for the base rate for 16 to 19-year-olds to be increased.

In October she wrote to the PAC to offer her “strong view” that the rate should be increased in the forthcoming government spending review, due sometime this year.

She said that the “real-term cuts to FES funding are affecting the sustainability and quality of FES provision”, but for the first time said this was now “based on our inspection evidence”, and called on the government to take action.

However, enquiries by FE Week at the time found only three published inspection reports that referred to stretched resources – and none that said quality had reduced because of funding issues.

Ofsted’s 2017/18 annual report, published in December, showed that  a higher proportion of general FE colleges are now rated ‘good’ or ‘outstanding’ than last year – from 67 per cent to 76 per cent.

Ms Spielman told MPs today that the “profile of inspection outcomes from last year” shouldn’t be taken “as a definitive statement”.

The recent area reviews of post-16 education and training, which led to a large number of failing colleges merging, “made the profile quite lumpy”, she said.

“It is an area about which I’m significantly concerned,” she said.

Today’s hearing came two days after as many as 50 MPs came together to debate a petition calling for FE funding to be increased.

There was unanimous condemnation from all sides over the real-terms cuts to funding, with rates for 16 and 17-year-olds having been frozen at £4,000 since 2013.