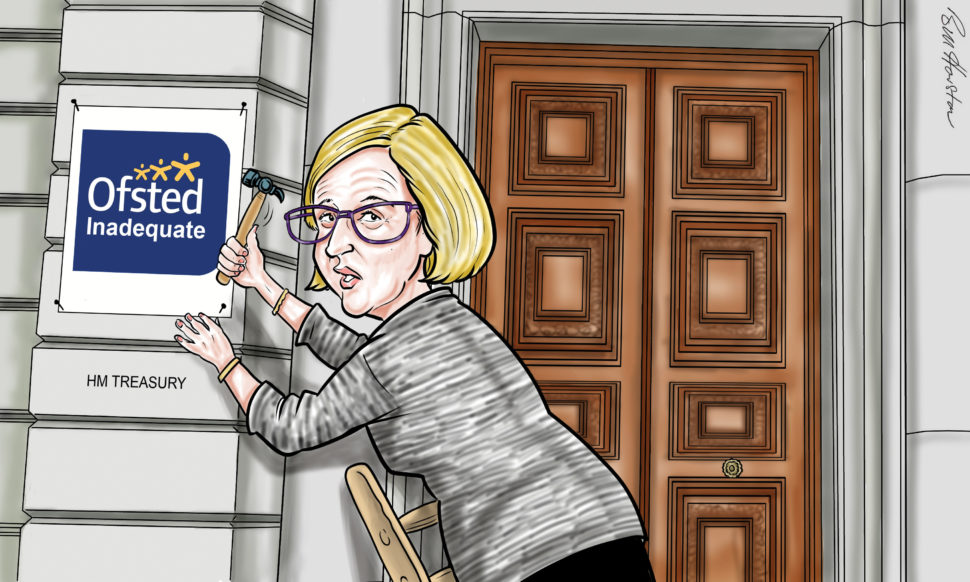 Ofsted’s chief inspector has offered her “strong view” that 16-to-18 funding should be increased in the forthcoming spending review, after inspections found a lack of cash has directly led to falling standards in FE.

Amanda Spielman (pictured) backed sector calls for more money in a letter to the Public Accounts Committee, dated October 30, which talked about what Ofsted considers to be “major risks” to the quality of education.

She said that while it “is true to say that spending per pupil in primary and secondary schools has increased significantly in real terms since the early 1990s”, the same is “not true for further education and skills spending”.

The chief inspector then reiterated her view that the “real-term cuts to FES funding are affecting the sustainability and quality of FES provision”, but for the first time said this was now “based on our inspection evidence”, and called on the government to take action.

“My strong view is that the government should use the forthcoming spending review to increase the base rate for 16 to 18 funding,” she concluded.

Ms Spielman’s remarks follow disappointment across the sector that this week’s Budget from chancellor Phillip Hammond offered no more funding for FE.

This was despite a national ‘Colleges Week’ campaign, which involved a march on parliament, and the launch of the ‘Raise the Rate’ campaign. Both called for an initial funding increase for sixth form education of £200 per student.

FE Week asked Ofsted for the evidence the chief inspector was referring to in her letter. The watchdog pointed us towards three reports – one from 2016, which rated the college as‘outstanding’, and two from 2015, where both providers were rated ‘good’.

All three spoke briefly about stretched resources, but none actually said quality had reduced because of funding issues.

“Individual inspection reports may not detail examples where quality has been directly affected by funding as that is not part of the framework,” a spokesperson said.

“However the chief inspector’s comments are based on the aggregation of our inspection evidence, our published reports and our insights.”

She added: “Many colleges are in a fragile financial situation, as reflected by the number that are currently in financial intervention or receiving exceptional financial support.

Ms Spielman has previously admitted that colleges “have the biggest funding challenge” and said that Ofsted has seen “disappointing outcomes” in FE.

During her speech at the launch of the Ofsted annual report in December 2017, she said that the “sector will continue to struggle” without an increase in the base rate funding for this age group.

The report showed that the overall ratings at general FE colleges plummeted for the third year running, and that just 69 per cent of them were rated ‘good’ or ‘outstanding’ in 2017.

The sector can expect Ms Spielman to say more on the struggles that FE is facing because of a lack of funding in Ofsted’s forthcoming annual report for 2018, which is due out on December 4.

A report from the Institute of Fiscal Studies last month found government funding for 16-to 18-year-olds has been cut “much more sharply” than funding for pupils in pre-school, primary, secondary or higher education.

The ‘Raise the Rate’ campaign, led by the Sixth Form Colleges Association, wants funding to increase to £4,760 per student in the spending review, which is taking place next year.