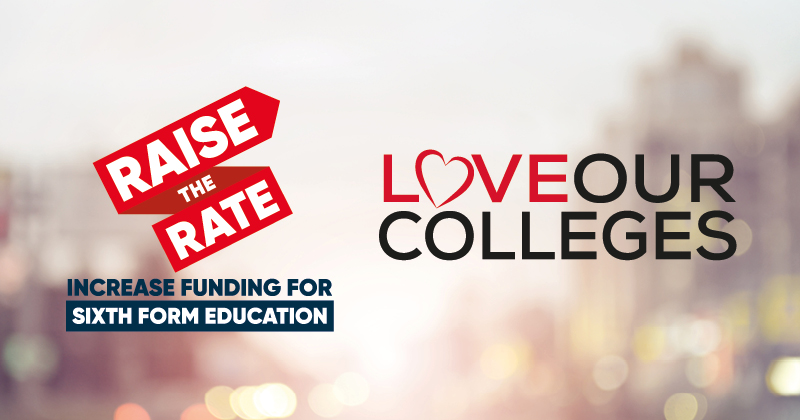 FE funding was the most popular topic of correspondence from MPs and stakeholders to education ministers in the last eight weeks of 2018.

Skills minister Anne Milton revealed the topic had been consistently among the top three at the end of last year at the winter conference of the Sixth Form Colleges Association on Wednesday.

In her keynote address, Ms Milton said: “Congratulations to you on your campaign ‘Raise the Rate’ and the wealth of stakeholder support you have managed to get behind the campaign.

“The level of correspondence sent to the department has resulted in further education funding being a top subject for eight weeks at the end of 2018.”

This refers to the amount of correspondence the department’s ministers get from MPs on a certain subject.

The Department for Education has since provided figures to FE Week which show in the last eight weeks of 2018, the department received 103 separate pieces of correspondence on FE funding.

For three of those weeks, the topic had the most pieces of correspondence.

The interest in FE was in part thanks to the Raise the Rate campaign led by the SFCA to secure at least £760 of additional government funding for each sixth form student in the Treasury’s 2019 spending review.

The campaign is also calling for sixth form funding to rise in line with inflation each year.

It was supported by the Love Our Colleges campaign, which launched in October and focused on securing extra funding for colleges more generally. It included a march on Parliament attended by FE staff, leaders, students, unions and MPs.

A petition, launched by students at Brockenhurst College, to increase FE funding was launched in October as part of the campaign and has reached nearly 70,000 signatures so far.

As a result, MPs will debate the issue in parliament on Monday.

Despite the campaigns, Ms Milton urged the delegates to get better at mobilising support for the FE sector among the press and politicians.

“There is no shortage of school teachers willing to talk about funding,” she said.

“Schools and universities are good at mobilising, so I need you to be as good.

“Please continue to highlight the challenges you are facing, as well as the outstanding work you are doing, and remember to please, please reach out to your local MP to invite them to visit once a year.

“It’s hard to get traction with the press and we need to use every means we can.

“You are a key part of filling this country’s skills gap and making us more productive as a country; if there’s one case that might get traction [with the press], I think that’s the one that does.”

Ms Milton told delegates at the SFCA conference that she could not commit to any funding increases, but she was aware of problems.

But she said the 16-19 base rate of funding will be part of her submission to this year’s Treasury assessment of all departmental spending, formerly known as the spending review.