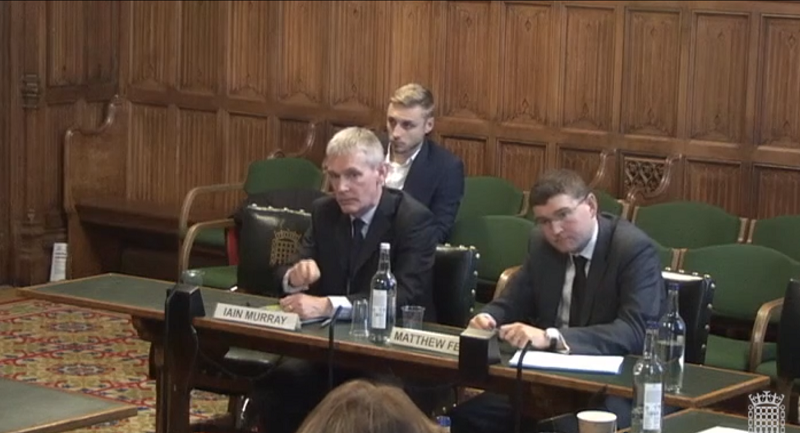 The government is being “pushed” by its partners on the national retraining scheme to share more information about the new programme – which could cost “billions” to run, the education select committee heard this morning.

The scheme was first promised 18 months ago, but the government has yet to say how it will operate, who will be eligible and how much it will cost.

Iain Murray, senior policy offer at the Trades Union Congress, told MPs this morning that they and fellow partner the CBI were “aware that the government has not made detailed announcements”.

“There has been lots of detailed discussions, detailed papers around eligibility, sectors, how the service will operate, around access to online learning, subsidised courses,” he said.

“We have been pushing the government that they should be articulating a bit more to the wider public about where we’re at,” he said.

So far £100 million has been committed to the scheme, but Mr Murray said the cash was “largely to test out and to build the actual service” – and that the actual cost for delivering it could be significantly higher.

“I can’t put an actual figure on it, but you’re talking billions. It’s major,” he said.

The cost would depend on “how tightly it’s targeted and a lot of that will depend on eligibility”.

“If it’s going to be a large programme that a large number of adults will be able to access that’s going to be a different kind of programme to one that’s focused on certain adults depending on their education qualifications and the sectors they’re employed in,” he said.

Matthew Fell, chief UK policy director at the CBI, said the next 12 to 18 months would be a “discovery piece” to find out more about how the scheme will run in practice – including where it can access “good parts of existing skills provision” and “what are the parts that don’t currently exist right now”.

Among the issues “on my mind” was how to “inject some pace into this”, he said.

“We’re all acutely aware that this change is happening right now so how do we get this scheme and system up and running as quickly as possible to ease that disruption,” Mr Fell said.

A spokesperson for the Department for Education said that more details about the scheme would be available “in due course”.

Mark Dawe, chief executive of the Association of Employment and Learning Providers, said the scheme was “welcome” but urged the government to avoid “complex procurement, narrow targeting, obsessive monitoring and programme duplication”.

“What is most important is that it gets going and training happens now – no more talking, more action instead. The TUC are right about funding if it’s to make a real impact; we may well need billions.”

The introduction of a national retraining scheme, to help adult learners to upskill and retrain, was a Conservative party manifesto commitment in June 2017, and was later reiterated in the Industrial Strategy published in November of the same year.

The scheme “will give individuals – particularly those hardest to reach – the skills they need to thrive and support employers to adapt as the economy changes”, the strategy promised.

A National Retraining Partnership, which included the chancellor Philip Hammond, the education secretary Damian Hinds as well as representatives from the TUC and the CBI, met for the first time in March last year to begin developing the scheme.

In October Mr Hammond announced in his Budget speech that £100 million had so far been committed to the programme – which included £64 million from the previous year’s budget to get the ball rolling with pilots in digital and construction skills.