The survival of another outsourcing giant that trains “around 14,000 apprentices each year” appears to hang in the balance, after its shares plummeted amid its attempts to secure a second rescue deal.

The company, which has around 75,000 staff worldwide, saw its shares crash by 75 per cent to just 6p today. The shares were worth 100p a year ago.

It follows a report in the Financial Times on Friday which revealed it is in rescue refinancing talks that could mean substantial losses for shareholders.

The deal, which is expected to be finalised early next year, would see Interserve’s creditors who have lent the company more than £600 million take control of the company.

According to reports, debts at the group have grown since its first rescue deal, which was agreed with banks in March.

The crisis surrounding Interserve has sparked fears that it could be heading for the same fate as its former rival Carillion, which collapsed in January.

Over 1,100 apprentice bricklayers, carpenters and builders were left jobless in the wake of the collapse, but the government stepped in and continued paying their wages until they found new work with the help of the Construction Industry Training Board.

But this deal ended in August and saw nearly 350 former Carillion apprentices have their wage support cut off as they were finally made redundant.

The collapse of Interserve would however have a much bigger impact in the apprenticeships market, as FE Week reported in January.

Its training provider, Interserve Learning and Employment, was formerly called ESG and was bought from finance firm Ares Capital in a cash deal worth £25 million in December 2014.

The provider is rated ‘good’ by Ofsted and claims on its website to train around 14,000 apprentices each year.

It had £20.8 million ESFA allocations in 2017/18, and has current skills contracts totalling £10.6 million – but this doesn’t factor in its levy contracts.

Interserve’s annual report, published in April 2018, said its learning and skills business had a “busy year following the introduction of the UK apprenticeship levy and we further invested in this area to maximise the significant opportunities presented by this reform”.

It added: “Our capability in designing, delivering and evaluating apprenticeship training within this business is now playing an increasingly valuable role as higher employment costs and regulatory requirements drive employers to invest more in training and skills, either to defray their apprenticeship levy or to upskill and gain additional productivity from an increasingly costly workforce. 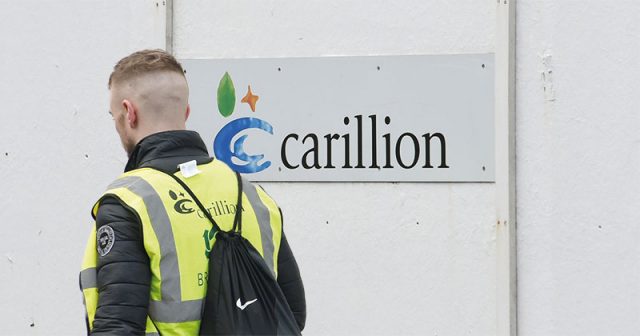 Interserve Learning and Employment has more than 900 employees, according to its website, and boasts that it is one of the ESFA’s “leading providers”.

The company also provides vocational training in three FE colleges in Saudi Arabia under the UK’s Colleges of Excellence programme and claims it supports over 65,000 people a year into work or training.

Interserve told FE Week that it is currently in a strong enough position to not need a contingency plan which would protect their apprentices in case the firm collapsed.

A Cabinet Office spokesperson said: “We monitor the financial health of all of our strategic suppliers, including Interserve, and have regular discussions with the company’s management. The company successfully raised new debt facilities earlier this year, and we fully support them in their long term recovery plan.

“We do not believe that any of our strategic suppliers are in a comparable position to Carillion.”

Commenting on the company’s second rescue plan, Debbie White, chief executive of Interserve, said: “Our lenders are supportive of the deleveraging plan which will underpin the long term future of Interserve.

“The Cabinet Office has also expressed full support for the work we are doing to implement our long term recovery plan.”

She added: “The fundamentals of our business remain strong. The deleveraging plan will give Interserve a strong long term capital structure and provide a solid foundation on which to build the future success of the group.”

Interserve topped the list of the government’s strategic suppliers in 2017, according to data provider Tussell, winning £938 million of work across a range of areas including health, education and defence.

But in September last year, the FTSE 250 contractor admitted that its annual profits were likely to halve after a £195 million loss from a number of energy to-waste contracts.