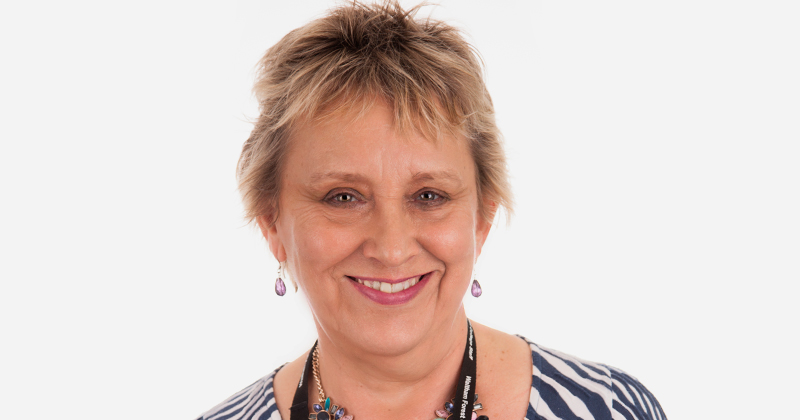 A college whose previous boss quit following the publication of a damning FE commissioner report into his leadership of his former college has appointed an experienced troubleshooter as its interim principal.

Penny Wycherley [picture above], formerly principal of Waltham Forest College until she retired in March, will take over the top job at City College Plymouth until a permanent replacement is found.

Her appointment follows the departure of Garry Phillips, who stood down earlier this month amidst anger from the University and College Union over his position.

“The governing body is keen to ensure it is ‘business as usual’,” said Pauline Odulinski, City College Plymouth’s chair.

“It’s essential that we continue the outstanding teaching and learning we provide for our students and that stakeholders are assured that the college has a bright future,” she said.

“Penny will bring a great deal of knowledge and experience to the senior leadership team and support us in the recruitment for the permanent post of principal and chief executive. I am very much looking forward to working with her.”

Ms Wycherley said she was “delighted” to be joining City College Plymouth.

“It’s an exciting time for the college with so many opportunities for it to serve and develop,” she said.

Ms Wycherley is an experienced troubleshooter. Since 2006, she has helped turnaround South Kent College and Great Yarmouth College – the latter of which moved from an Ofsted grade four to a grade two college.

She originally retired in 2014, but continued to specialise as an interim principal at Waltham Forest College. She moved the college’s Ofsted grade up from a three to a two over the last two years.

Mr Phillips, who jumped ship from Ealing, Hammersmith and West London College before its financial failing could be exposed, resigned from the top job at City College Plymouth on November 13.

It followed a vote of no confidence in his leadership, and in the governing body’s decision to hire him, by members of the UCU at the college.

The FE commissioner’s report into EHWLC, which Mr Phillips led until he took up his current role in July, published on November 2, revealed a catalogue of leadership and governance failings.

The true picture of the college’s financial difficulties did not become apparent until March this year – the same month that the finance director left, and that Mr Phillips announced his departure.

At the Association of Colleges annual conference last week, the college’s new principal, Karen Redhead, spoke about the “scary” mess that had been left behind.

She told delegates that she doesn’t “like an easy life” and does like to “take on challenges”, and the job at EHWLC “has not let me down”.

City College Plymouth is in early intervention for financial health by the Education and Skills Funding Agency, and received a visit from two members of the FE commissioner’s team earlier this month.

The college is understood to be consulting on a proposed restructure, with up to 75 jobs at risk.

“Although there is much publicity about the challenges that staff in further education colleges face, including City College, the staff do amazing work in educating and training millions of young people and adults,” said Ms Wycherley.

“At City College Plymouth, the financial challenges are being addressed and the College is working hard to ensure that any losses from the current workforce reforms and consultation process are kept to the absolute minimum.”