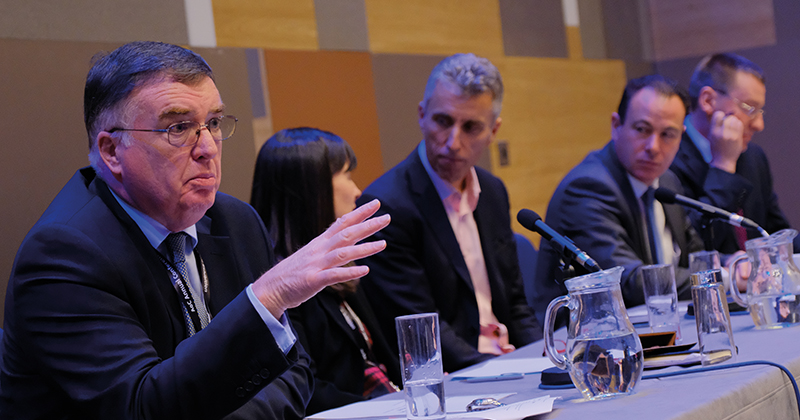 During a hot-topic panel session at the Association of Colleges conference, several new college governors asked about how to avoid “serial offender” college principals.

Nazir Afzal OBE became chair of Hopwood Hall College on September 1, 2018, after stepping down as pro-chancellor at Brunel University the previous month, before which he was chief crown prosecutor with the Crown Prosecution Service.

Mr Afzal, addressing new West London College principal Karen Redhead on the panel, said: “I heard your story about your college and the failings that the senior team were involved in.

“If they were running a company they would be disqualified.

“Is there any mechanism to ensure those individuals are held accountable for what you have to deal with?”

Richard Atkins, the FE commissioner, responded that he was “really pleased that the question came from a chair because chairs are a really crucial part of the accountability structure”.

This sector has always had a very small number of serial offenders who have driven one college into the ground and then got a job somewhere else and done the same thing, he said.

“At the moment, I have powers of intervention and beyond that everything is essentially kind of persuasion and so on. People do move on.” He added that he thinks it is right that we have a free press “and that the press report on these situations because how else are people going to know not to employ them?”

He said that “personally I don’t comment individually on cases, people will know that, the press who are in the room know that, but I think that when we publish intervention reports in that way when things have gone seriously wrong, one of the reasons for doing that is to disclose serial offenders and make them known to the sector.”