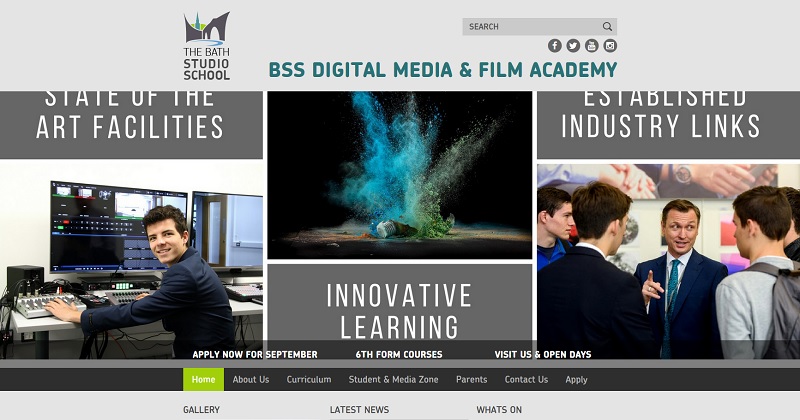 A studio school in Bath that has struggled to meet costs as a result of severely low student numbers is likely to shut in August 2020, after the government agreed to close it “in principle”.

The Wellsway Multi Academy Trust, which has run The Bath Studio School since it opened in 2014, “regretfully” announced the news today and launched a five week consultation to gather views on the proposal.

Nearly half of all studio schools, which offer a vocational curriculum for 14- to 19-year-olds, have now announced their intention to close. Twenty seven have shut or announced plans to do so since their inception, leaving just 28 with no plans at present to wind-up.

The Wellsway Multi Academy Trust said that despite considerable effort, The Bath Studio School – which has a creative and digital specialism – has never been able to recruit enough students to make it financially viable.

Its capacity is for 300 students but it currently educates just 126 students and has never recruited more than 140 in any one of its five academic years of existence.

As a result, leaders have struggled to meet its costs and have required “considerable subsidy and financial support” from its academy sponsor, a position that is “not sustainable going forward”.

The studio school was rated ‘requires improvement’ in its first ever Ofsted report in June 2017. Six months later, the education watchdog criticised leaders and the governing body for being “slow to react to the situation at the school”, in a follow up monitoring visit.

If the closure request is given formal approval following consultation, The Bath Studio School will close with effect from the end of the school year 2019/2020.

This will allow all current students to complete their courses they have enrolled on. No further students are to be admitted from September 2019.

The Wellsway Multi Academy Trust said it will work individually with students to support their transition, and will also provide advisory support for the studio school’s staff, and will look to the “possibility of their redeployment to another trust school”.

Aspire Academy, a special school for children with social, emotional and mental health difficulties, which shares a site with the studio school, will remain within the academy trust and plans are already underway to expand that school.

Andrea Arlidge, the chief executive of WMAT, said: “We have made this request to the Department for Education with a heavy heart and considerable sadness.

Ultimately, there is simply not enough demand in the Bath area for the type of education

“Our decision to seek the closure of TBSS does not reflect on the commitment and dedication of its staff and we will continue to do our utmost to support our current pupils through to the completion of their courses. We will also seek to respond quickly to parent concerns.

“Ultimately, there is simply not enough demand in the Bath area for the type of education that TBSS provides. As a consequence, the school is not meeting its costs, has had to be heavily subsidised by the WMAT and is not financially viable.”

A DfE spokesperson said: “At the request of Wellsway Academy Trust, we have agreed, in-principle, to the closure of Bath Studio School, which we will consider before any final decision is made on its future.

“We will continue to work with the trust and local authority to support pupils at the school and minimise disruption to their education.”

Studio schools have struggled to survive due to poor Ofsted ratings and low pupil numbers, with now 27 closing or planning to close since the scheme was introduced in 2010 – despite millions of pounds of government investment.

The rate of closure has apparently caused unease at the DfE. Meeting records from 2017 show the former academies minister Lord Nash had met with officials from the programme to discuss a review of the model’s concept.

The department is however denying it ever conducted a formal review – despite FE Week discovering an attempt to cover-up internal emails which openly discussed the existence and timescale of the review.