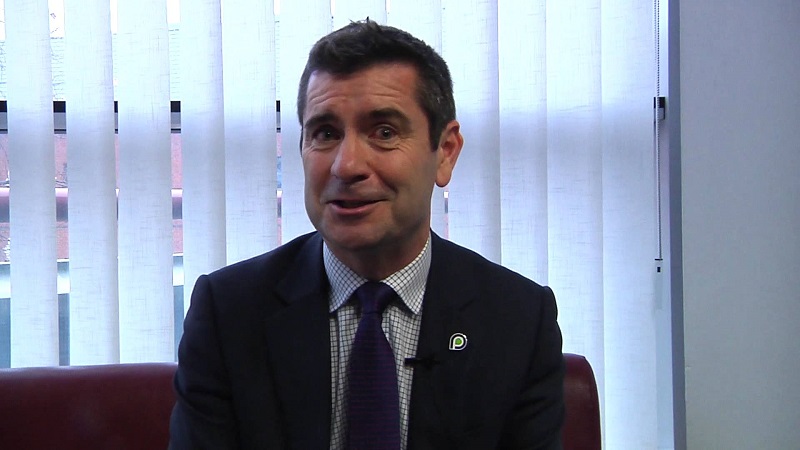 The principal of another struggling college has resigned with immediate effect.

Terry Jones (pictured) had been in charge of Peterborough Regional College since July 2015 but today stood down after agreeing with the board that a “different skill set is now required”.

He will however stay on as the college’s chief executive until the end of the year.

It comes over a year since the college was hit with a ‘requires improvement’ verdict from Ofsted, which heavily criticised leaders for allowing achievement rates to fall.

Peterborough Regional today released a statement thanking Mr Jones for his service, during which time the college has “grown its income sustainably, acquired a new subsidiary company (CTS Ltd), created the iMET Centre in collaboration with Cambridge Regional College and won significant funding for the University project”.

“Although our achievement rates have risen, the board and Terry are in full agreement that a different skill set is now required to accelerate and deepen those improvements,” it added.

“For that reason, it has been mutually agreed that Terry will leave PRC at the end of this year and that he will stand down as principal immediately to support transition to a successor at the earliest opportunity.”

Peter Walker, currently vice principal of the college, will become acting principal while the process to find a new leader is carried out.

In Ofsted’s grade three report for Peterborough Regional, published in July 2017, inspectors said governors have been “slow to challenge leaders to reverse the sharp decline in achievement for learners and apprentices”.

They added that the principal and new management teams were “beginning to improve performance” but they “are not yet ensuring good standards in teaching, learning and assessment across all subjects”.

It had 7,500 learners at the time of inspection.

The college’s most recent accounts, for 2016/17, show it had generated a deficit of £1 million. It had also “accumulated reserves of £11.4 million and cash balances of £2.6 million”.

Grade three colleges are in scope for FE Commissioner intervention, but it is unclear at this stage if Richard Atkins’ team has visited the college since its ‘requires improvement’ report.

Ian Jackson, chair of Peterborough Regional’s board of governors, said: “We are very grateful to Terry for the energy and passion that he has brought to the college over the last three years and for the significant achievements made during his time as principal.”

Mr Walker has spent the last 11 years leading the college’s business support systems and been responsible for their finances.

“Peter’s main focus over the next few months will be on driving forward our curriculum and quality improvement plan,” Mr Jackson continued.

“Improving student success rates is central to our future success – much has already been achieved through our Ofsted improvement plan, but there is always more to do.”

Mr Jones’ resignation from a major college is the fifth in just four weeks.

John Connolly left the RNN Group on Monday after year in which the group planned for a loss of over £1 million. Andrew Cleaves, one of the highest paid principals in the country, stepped down from Birmingham Metropolitan College on September 25.

He was followed by Dame Asha Khemka, another highly paid principal, who resigned as principal of West Notts on October 1. And last week, Joe Docherty quit as principal of the NCG group with immediate effect.