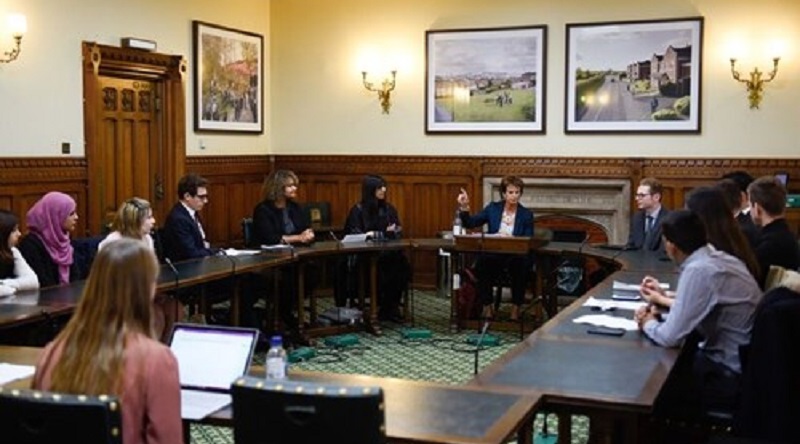 The skills minister met with the Institute for Apprenticeships’ panel of apprentices for the first time yesterday, a year and a half after it was established.

Anne Milton met 13 members of the 21-strong panel during a special meeting at the Houses of Parliament where she consulted them on the “challenges” they have experienced with their training programmes.

She asked them to feed back to her and the IfA regularly in the coming months on their experiences with employers and training providers, and wider issues with the reform programme.

The minister came under fire earlier this year for failing to meet the apprentice panel more than a year after it was formed.

“With the IfA just having taken on a daunting set of new responsibilities for technical skills, isn’t it crucial that the minister does get face to face personal feedback rapidly, both from the apprentices panel and its board?”, said shadow skills minister Gordon Marsden in April.

After finally meeting with the panel yesterday, Ms Milton said: “It was great to see how the panel of apprentices operates. Their input into how we run the apprenticeship programme is invaluable.

“For me it was extremely valuable to meet a group of apprentices from a wide variety of sectors.”

Apprentices who attended were representative of many sectors including hospitality, business administration, mineral products technology, civil engineering, science and laboratory, and digital and technology solutions.

Rosie Smith, aged 19, a level three business administration apprentice with City & Guilds, said: “I have never been in that environment before, so it was a really exciting opportunity for me to meet and talk to such an important minister.”

Louis Curtis, 20, a level five apprentice in mineral product technology for Aggregate Industries, said: “The interest that she took in us and the importance that she placed on what we are doing as a panel was really encouraging.

“I think apprentices are a key stakeholder for the future of apprenticeships.

“We are the ones being trained and turned into better employees and better people – so it makes sense for her to take on board our views and experiences.”

IfA responsibilities include overseeing development and approval of new apprenticeship standards and assessment plans, advising employers on government funding for standards, and quality-assuring the delivery of apprenticeship end-point assessments.

It will also oversee T-levels, the government’s new technical qualifications, which will appear starting from 2020.

Ms Milton advised the apprentice panel to closely follow future parliamentary questions relating to apprenticeships, that she and other ministers are posed in the House of Commons, to help inform their future feedback.

“It was fantastic to see our apprentices – who represent a great cross section of learners across the country – speak with the minister about important issues affecting apprentices,” he said.

“I rely on them for getting the apprentice view on how things are working and think they do a great job. I think we all learned a lot to take away.”