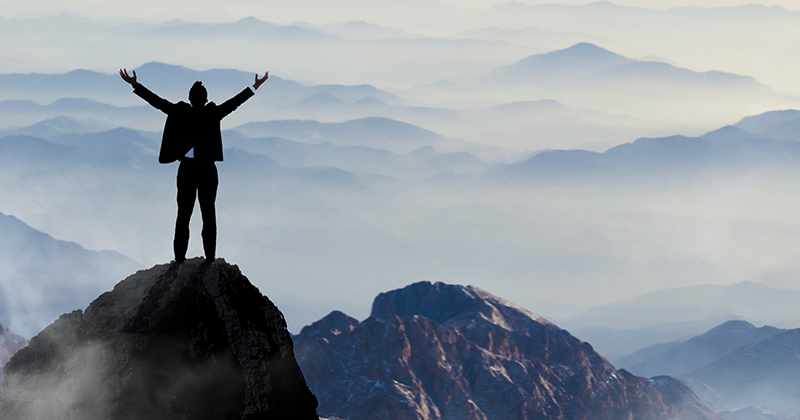 Colleges have a unique role to play in the new industrial revolution, ensuring that every citizen is able to thrive, says David Hughes

I’m down under for the bi-annual World Congress of the World Federation of Colleges and Polytechnics, being held in Melbourne, and it’s clear that so many of the challenges and opportunities facing the further education sector in Australia resonate with those in England, and the other nations of the UK.

My keynote presentation today, Scripting the future – exploring potential strategic leadership responses to the marketisation and privatisation of English FE provision, is based on the research carried out by Oxford University’s Professor Ewart Keep, in conjunction with AoC and supported by the Further Education Trust for Leadership.

That research, which involved interviews with key policymakers at a senior level and college leaders and commentators, looked at the impact marketisation has had on our post-16 landscape and how it might pan out in the coming years. It’s well worth a read, for both the background and context as well as the stimulating and insightful scenarios.

Of course, my keynote will not simply present Professor Keep’s research; he can do that better than I can. Instead, I will use his findings to propose actions colleges can and need to take to make sure that we can script our own future, rather than wait for someone else to script it for us. It will also draw on the 20 years’ experience of working in this sector, on both ‘sides’, for the funding agency and now for colleges, as well as time leading a thinktank and research organisation.

So, my keynote will start by trying to describe some of the manifestations of marketisation in England. I’ll set out the mix of quasi-market measures and managed systems approaches in the sector. I describe this as a mix of “customer is king” and “minister is queen” in FE. More than anything else, I will propose that there is a confusion at the heart of our policy about what success looks like and about the purpose and role of colleges.

Our quasi-marketised system (for want of a better term) has multiple funding streams with different priorities, rules, regulations, eligibility, qualifications, competition and a strong thread of contestability. The loose thinking behind this is that somehow contestability and competition will lead to more efficiency, better quality and customers getting what they want.

For colleges, though, not only do they have to respond to multiple funding streams, they also must respond to multiple regulators and rule-makers (ESFA, DfE, Ofsted, banks, pension funds, OfS and others) as well as many customers (the government, elected mayors, employers and students). I put students at the end of that list – because in our system it often feels as if they are mere vessels to be filled with knowledge and skills appropriate for the labour market. Colleges don’t think like that – they have a grander ambition for their students, as agents, with lives to enrich.

At present, this confusion of quasi-markets and government-led system combines badly with the 30 per cent funding cut colleges have had to cope with over the last decade. This has created a nightmarish environment in which colleges all too often have to focus on short term, financially dominated decisions of survival and maintaining position within the market. A sector with an aggregate surplus of only 0.1 per cent must do that – it won’t exist otherwise. What’s so impressive is how so many colleges can cope with the stresses they are under, all while helping 2.2 million people realise their ambitions, talents and abilities.

My keynote will end with an attempt to galvanise college leaders from around the world to seize this moment. All the challenges of the fourth industrial revolution, the new technologies, need colleges to develop and offer a new grand vision of colleges helping our citizens, communities and economies to thrive. We need colleges to be the anchor organisations helping to ensure that every citizen thrives in this exciting but daunting fourth industrial revolution.

In the mid-nineteenth century the state of Victoria (where I am now) established over 1200 mechanics’ institutes to help people and communities cope with the changes then happening. Many of those institutes morphed into colleges, polytechnics and universities. I want us to help colleges set out a new vision of their role in this new industrial revolution.

I’ll end with a pitch for colleagues from around the world to support our #LoveOurColleges campaign next week. And invite them to do the same in their countries. I’ll let you know how it goes down and the response I get.