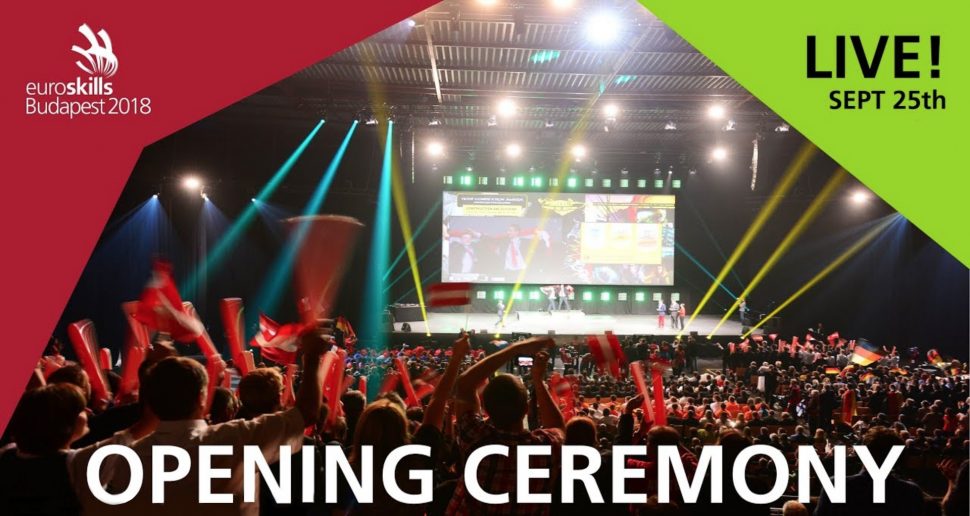 Representatives from 28 European countries will this evening attend the opening ceremony of the 10th EuroSkills finals (live stream here).

Over 500 competitors will join Hungary’s prime minister, technical experts, delegates, and supporters to observe the spectacle.

It will take place from 18:30 (BST) and 19:30 (local time) at the biggest sporting complex in Hungary, Papp László Budapest Sportaréna, where organisers have spent several days converting the space ahead of this evening’s event.

The opening ceremony marks the start of a three-day intensive competition in 35 different skills, ranging from mechanical engineering to floristry, which will see competitors undertake their toughest challenges to date.

A group called “Attraction Shadow Theatre” will kick off the night before speeches by László Parragh, President of the Hungarian Chamber of Commerce and Industry, Dita Traidas, President of WorldSkills Europe, and Viktor Orbán, prime minister of Hungary.

A parade of nations will then take place followed by competitor and expert oaths.

Spectators are then in for a treat as EuroSkills Budapest has booked in a “surprise guest” to finish the show.

The ceremony will last for around an hour and a half.

Competitions will officially commence tomorrow morning at the Hungexpo and finish on Friday evening.

The team bringing the most competitors is next year’s hosts of WorldSkills, Russia. They have 48 competitors followed by Austria with 41 and Sweden with 32.

The closing ceremony will take place on Saturday night where results will be announced and medals presented to the winning competitors.

Send your message of good luck to the team using the #TeamUK. Also include the event hashtag #euroskillsbudapest .