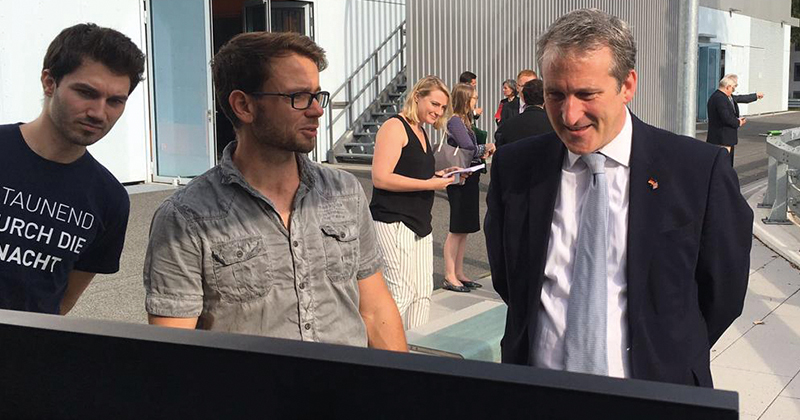 As the Education Secretary tours the German technical education system, what might he learn that would be relevant to the UK? Ewart Keep explains

England has been worrying about the superior performance of overseas vocational education and training (VET) systems since the Great Exhibition of 1851. Overseas study visits have been one device used to explore what we could learn from abroad. Switzerland and its apprenticeship system have recently been popular, but now we are back with Germany as a source of envy and angst.

What might such visits achieve? National education systems operate as such – as a set of interconnected and mutually supportive institutions, incentives, and attitudes. Trying to copy isolated elements of a system and transpose them to another country mean that the copied element lacks the wider supportive infrastructure that allowed it to thrive back home. The key is to think in terms of policy learning, not policy borrowing. In essence, what makes the German set-up tick so successfully and can we learn from these design principles?

The starting point is that Germany has a system. It is conceived of and understood as such by all who contribute to it. We have created a set of VET marketplaces, including one for levy-paying firms’ apprenticeship, and another for non-levy firms.

The German system is stable, and is sometimes criticised for being too slow to adapt to new skill requirements. Our apprenticeship marketplace is, and has been since the mid-1990s, subject to ceaseless, rapid change, all of which has been engineered by government rather than employers and their representatives, and/or the social partners. As a result, our apprenticeships have been seen by many firms as a government scheme.

The German system is stable, and is sometimes criticised for being too slow

In Germany, apprenticeship is an exercise in co-production between government, vocational schooling, and employers and trade unions. This system belongs to its stakeholders, not to government. Reform must be negotiated and agreed by all parties. The change by ministerial fiat that has marked UK VET reform for the last 35 years is not merely alien to the German system, it is impossible within it.

The German VET system, besides covering vocational colleges and dual apprenticeship provision, also incorporates a supportive institutional infrastructure. One key element are the chambers of commerce and handicrafts, membership if which is compulsory for firms; and another is the large, long-established and well-resourced federal vocational education and training institute (BiBB).

Unlike here, German apprenticeship is genuinely employer-led, in that firms or employer organisations undertake the vast bulk of the on-the-job training, and firms need to have an appropriately qualified trainer on their staff and to have been been approved as a trainer by the local chamber of commerce. They take quality control seriously.

In England, employers are used to heavy subsidy from the state, with many firms in the past not paying anything for apprenticeships beyond the apprentices’ wages. In Germany, the only direct state support is for the off-the-job element of the training. For the rest, the employer pays. Germans would also be puzzled by the large proportion of adult apprentices that we have and the idea that an employee of several years standing could become an adult apprentice. In Germany, apprenticeship is for relatively young entrants to the workforce, including some for recent graduates, rather than experienced and established adult workers.

Finally, German apprenticeships aim to create a broad occupational identity, contain an element of enterprise education (equipping people to become self-employed or to set up their own business one day), have a healthy chunk of general education, and are normally set at the equivalent of our level 3. Germans would be perplexed by some of our entry level job-specific apprenticeships (e.g. dual fuel smart reader installer).

Besides the emphasis on a system-led approach, the main point to take away from Germany is that finding ways to help and support employers to act collectively in relation to the co-design of, co-investment in, and co-production of VET is critical to success. Given our recent policy history, this is not an easy lesson for us to learn.