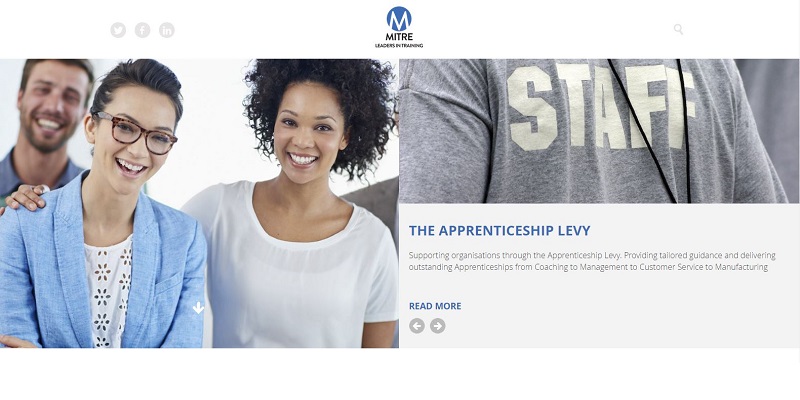 The future of apprenticeship provision at a new provider is in doubt after its Ofsted early monitoring visit warned they were making ‘insufficient progress’ and not allowing enough time for off-the-job training.

Mitre Group Limited has become the latest provider to be slammed by the inspectorate, coming under fire for the quality of its apprenticeship provision and the training it offers. Three other providers received ‘insufficient’ ratings just last week.

However, Jennie Bowmer, Mitre’s managing director, has said many of Ofsted’s comments are “inaccurate” and it has “formally raised a number of concerns”, including about how its off-the-job training evidence was reviewed. She said the provider will “await the outcome of [Ofsted’s] internal investigation”.

Under new rules from the Education and Skills Funding Agency, any provider with an ‘insufficient’ rating in at least one theme will be banned from taking on any new apprentices – either directly or through subcontracting agreements – until the grade improves.

The guidance can be overruled if there is an “exceptional extenuating circumstance”. The Department for Education will now be assessing the report and deciding what steps to take.

Mitre works with apprentices from professional sports clubs and a large textiles firm, as well as running a small number of programmes for unemployed adults through its links with professional football clubs. When it was visited by Ofsted in August, it had 89 apprentices and 51 adult learners.

Although Mitre was found to be making ‘reasonable progress’ in adult education and its safeguarding arrangements, it received an ‘insufficient’ rating in two other themes assessed by Ofsted.

The inspectorate found managers have “failed to recognise that the quality of current provision is not good enough” and “have not made adequate arrangements to secure apprentices’ full entitlement to off-the-job training”.

The report said most of the training completed by learners is in their own time, rather than during working hours, as “employers find it difficult to release apprentices from the workplace”, and warned that as a result apprentices are not completing enough off-the-job training.

Paul Joyce, Ofsted’s deputy director for FE and skills, told the AELP conference in June 2017 that the inspectorate would not be auditing providers’ compliance with the off-the-job rule during inspections.

Ms Bowmer said: “We are disappointed with some comments within the Ofsted report regarding our apprenticeships, which we feel to be inaccurate.

“We have formally raised a number of concerns with Ofsted regarding our early monitoring visit, including how it reviewed our off the job training hours evidence, and we await the outcome of their internal investigation.”

Since the start of August 2017, just over half of apprentices who have taken maths exams have passed them, and as have just over three quarters of those who have taken English. Ofsted said managers do not do enough to track the progress of apprentices in the subjects, are “not clear” on the progress of those who have not yet taken the exams, and do not help those who already have the relevant GCSEs to develop their skills further.

However, Ofsted praised assessors, who were said to “know their apprentices intimately” and build the “professionalism and confidence” of apprentices in the workplace. Progression of adult learners into employment is high, and staff were said to take safeguarding concerns “seriously”.

Mitre provides apprenticeships through subcontracting arrangements with Nottingham College and Babington Business College, and began providing apprenticeships in its own right in May 2017. At its last Ofsted inspection, in February 2007, the provider was deemed to be ‘good’.