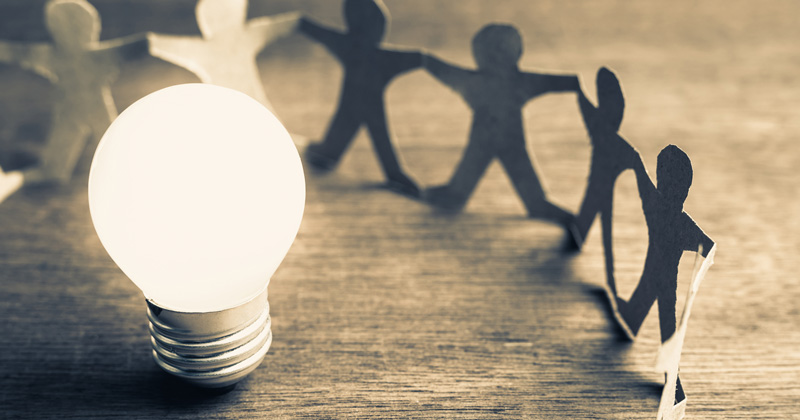 Good leadership is all about relationships and taking people with you, says Steve Frampton, President of Portsmouth College for 13 years and now President of the Association of Colleges

I firmly believe that the fundamentals of good leadership are all about relationships – you have to take people with you.
With this in mind, here are six things I’ve found crucial to building a positive, collaborative college culture.

I used to interview all my staff, and now my successor at Portsmouth College is doing the same. What we’re looking for is cultural fit and people who really sign up to our core values, what we’re trying to do and where we’re trying to go.
Involve staff in decision making

If you involve the staff and students in the decision-making process, you all own it together. It’s not dependent on one person and their vision and their ideas – it’s a massive, collective responsibility so everybody feels part of the college. At Portsmouth College we had a real family culture. Everybody had their role and no-one was more important than anyone else.

Work with students before they apply

It’s a good idea to work with students and their parents while they’re still in their secondary schools. We would run revision skills sessions in the evenings at schools, as well as head boys’ and head girls’ training in Year 10 and 11 assemblies.
Then when students come for open days, it helps to run sessions laying out the expectations. Since any rules that we had were agreed by the students’ union, along with the governing body, it was easy to explain that these are ground rules that everyone has agreed to.
Students also need to know that they’re going to be safe, respected and valued. So it’s important to emphasise that there will be zero tolerance of bullying. Then the students buy into that and reinforce it.

Get involved in the local community

I’ve been a chair of governors for a local school, on the board of a community radio station and head of the volunteers’ association for Portsmouth City football club.
It’s vital to plug into all of those networks, so that you can pick up what the voluntary sector is saying, what the secondary education sector is saying, and what the local authority is saying. It makes your job as college principal so much easier.

Never underestimate how important it is to really enjoy what you’re doing, even though the pressures in the sector have never been bigger.
If you can create a dynamic, positive, creative culture, despite all the things that we’re trying to deal with, it will have an impact on your staff and your students.