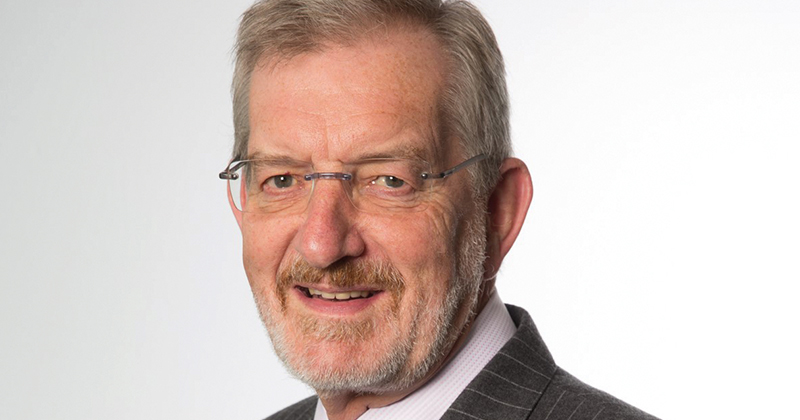 One of the original founders of the Association of Employment and Learning Providers has died after a short illness.

Frank McMahon was the vice chair and treasurer of AELP from its creation in 2002 until April 2018, and helped develop its membership to over 900 providers in that time.

Martin Dunford, chair of AELP, said Mr McMahon was “very committed” to the association’s cause.

“It is worth remembering that the association’s establishment was not an easy endeavour and we were greeted with scepticism and opposition in some quarters. Frank was one of those who were determined to make it succeed,” he said.

“Frank was a very good vice chair, colleague and confidant to me, who served AELP diligently over many years. As well as keeping a close eye on AELP’s balance sheet, he was not afraid to make constructive challenges in the formulation of our national policy inputs.

“He will be sorely missed.”

Mr McMahon was also the owner and managing director of YH Training Services, which has over 1,200 learners across Yorkshire and Humberside. Mr McMahon committed YH to training unemployed adults to help them achieve their career aspirations.

The company won the Yorkshire and Humber Apprenticeship Employer of the Year and NHS Training Provider for the Yorkshire Humber Region in 2011.

On August 17, YH congratulated Mr McMahon on Twitter for making it through to be a finalist at Yorkshire Coast Radio’s Toast of the Coast awards in the ‘best boss’ category. He died on September 5.

Mr McMahon was also a member of the government’s bureaucracy review group from 2003 to 2009, which led to a reduction of the data collected from providers.

In Yorkshire, he set up and chaired a local learning provider network, Providers in Partnership, between 2005 and 2010, and was regional chair of the Yorkshire and Humber Training Providers Network.

A resident of Scarborough, Mr McMahon invested a lot of time in regional voluntary commitments and was asked to judge the National
Apprenticeship Awards on numerous occasions.

A spokesperson for the AELP said the association extends its “deepest condolences” to Mr McMahon’s wife, Chris, and his family.

Mark Dawe, chief executive of AELP, wrote in the association’s newsletter: “Last week we heard the very sad news about the death of Frank McMahon, who will be greatly missed by many, especially in the ITP world, given the incredible contribution to education and
training he made through his life.

“He also gave me an amazing lesson on apprenticeships for fishermen in Whitby – if ever a national policy undermined a quite special and high quality programme, I think this might be the best example.

“But that was Frank – passionate about every employer, every apprentice, every young person he worked with.”