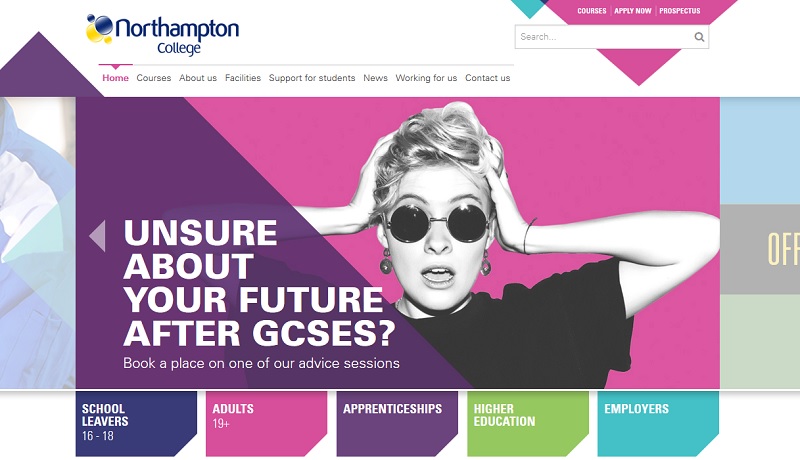 Forty students who were supposed to be inducted onto their A-levels today have been left “distraught” after Northampton College cancelled their courses a week before the start of term.

In a fiery meeting about the decision this morning, of which the principal was allegedly “too busy” to attend, angry parents slammed the college’s timing.

One parent, Jamie Simms, told FE Week that the encounter got to the stage “where we could have all had pitch forks and torches” after being told the college made the decision last Friday while they were still accepting students onto the courses.

Parents and students were not informed until yesterday.

Mr Simms said his daughter Katherine, aged 16, and all affected students are “distraught” and have been left to frantically scramble around the local area for alternative courses.

The college allegedly failed to guarantee they will secure places for all of them during the meeting.

Northampton College says it made the decision to stop enrollment onto new A-level courses to ensure a smooth transition to the government’s new technical qualifications – T-levels – of which it will be one of the first providers to offer them in 2020.

The excuse is strange, considering that T-levels are supposed to be the alternative to A-levels and the college is not on the government’s list of providers taking part in the T-level pilots in 2020.

It will instead offer the students a place on equivalent BTEC courses.

The affected learners were accepted to study A-levels at Northampton College just last Thursday after receiving their GCSE results.

“It isn’t the fact they’ve cancelled the courses it is the timing of it,” Mr Simms told FE Week.

“When the deputy principal admitted the decision was made last Friday the meeting erupted with lots of screams of ‘liars’. I actually thought someone was going to get arrested at one point.

“It was getting to the stage where we could have all had pitch forks and torches.”

His daughter Katherine was due to start A-levels in history, sociology and psychology. Northampton College doesn’t have an equivalent BTEC course to offer her.

“She has no choice and can’t stay here,” Mr Simms said.

“The college has cut her loose now really because they basically said it is down to us to find a place for her.

“None of the other schools are open as it is still the holidays and as it stands she has no place to go to in September.”

He described that the planning of the situation as “inept” and said that as it is the college’s mess they should be the ones to clear it up.

“Katherine is very distraught about it as are all the students,” he added. “They just don’t know their futures now.

“She’s had to go through months of stress of exams, then months of stress waiting for the results. She then thinks she is sorted after getting into college and now it has all gone to crap again.”

Principal of Northampton College, Pat Brennan-Barrett, said: “Northampton College will be one of the first providers to offer the Government’s new technical qualifications, T-levels, and will be piloting a programme of ‘Industrial Placements’ to prepare for the change.

“As part of that transition, we have taken the decision to not continue with our current A-level offering and will instead be focusing on ensuring students can continue their journey into Higher Education with BTEC Diplomas – which are viewed by universities as an equivalent qualification.”

She added: “This change will affect all students who have applied to study A-levels at Northampton College from this September.

“We are working closely with all students and their parents to offer an equivalent BTEC qualification here at Northampton College and we are partnering with alternative providers to offer places on A-level courses in local sixth forms.”

Current students progressing from AS level will continue to study their A-levels at Northampton College and will not be affected by this decision.