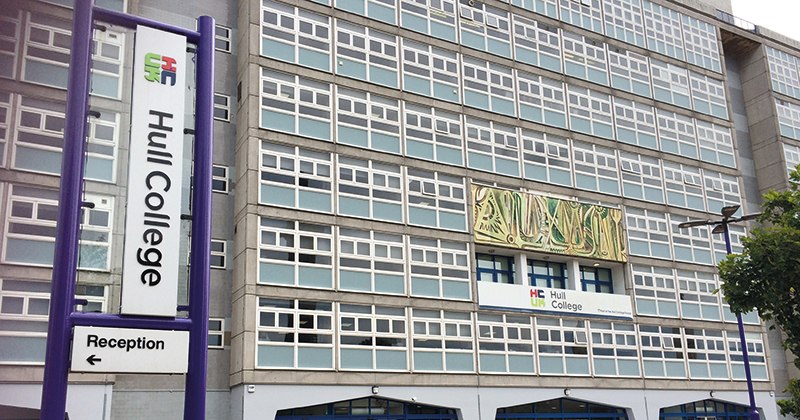 Cash-strapped Hull College overspent by even more in 2016/17 than the previous year, according to its recently published and long-overdue accounts.

The college, which reportedly received a massive £54 million government bailout earlier this year in order to balance the books, recorded a deficit before tax of £9.69 million in 2016/17 – an increase of £361,000 on the equivalent 2015/16 figure, and brought the college’s reserves down to negative £15 million.

A college spokesperson insisted the deficit was “in line with expectations” and “an indication of the extent of the challenging financial position which the group’s new senior leadership team has inherited”.

The college’s five-year recovery plan, in place since March and backed with the bailout cash, will “resolve previous significant financial and operational issues and achieve a strong and sustainable future for Hull College Group’s staff, learners and communities,” he added.

The latest revelations about the Hull’s finances come just two months after its 2015/16 accounts, published almost 18 months late, lifted the lid on the college’s vast debts.

Those accounts were published just weeks after FE Week reported that the college had received a massive £54 million from the government’s restructuring facility.

It’s believed to be the highest single payout from the restructuring facility, but neither the college nor the government has confirmed the figure, citing a confidentiality agreement.

Hull has been in dire financial straits since November 2016, when it was forced to request exceptional financial support from the Education and Skills Funding Agency after its bank withdrew support.

That led to a financial notice of concern, which in turn prompted a visit from FE commissioner Richard Atkins.

Among the issues highlighted by Mr Atkins in his subsequent report, published January 2017, were the college’s “unaffordable” staff costs, which stood at 78 per cent of income in 2015/16 and were forecast at 72 per cent in 2016/17.

FE Week asked why this was, but did not get an answer. Instead we were told the college couldn’t comment on decisions made under its previous management.

Earlier this year the college was involved in a bitter dispute with the unions over plans to shed more than 200 jobs.

Members of the University and College Union walked out for three days in May in protest over the proposals, which the union said would reduce the workforce by a third.

But a final strike, planned for seven days in June, was called off after both sides reached an agreement that removed the threat of compulsory redundancies.

In an exclusive interview with FE Week in June, Michelle Swithenbank, Hull’s chief executive since June 2017, said the cuts were vital for the college’s survival.

With the imminent introduction of the FE insolvency regime, “we had to become a solvent college by the end of this academic year”, she said.