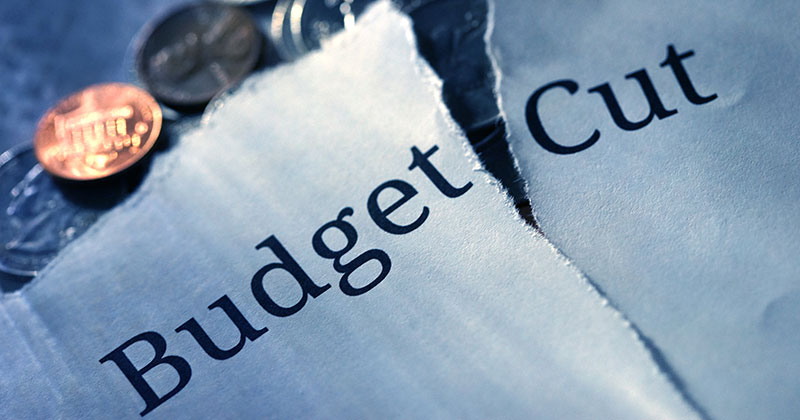 Further education is being asked to find more cuts, despite already being under-funded. Let’s fight back by insisting on fair funding for 16–18 education, retorts James Kewin

To paraphrase the former Labour prime minister Harold Wilson, a day is a long time in politics.

On Tuesday, Damian Hinds used a speech at the Resolution Foundation to set out his vision for social mobility. Although much of the speech focused on early years, the secretary of state had a lot to say about the issues facing what he described as “young people right on the cusp of adulthood”.

T-levels, the progression of disadvantaged students to university and the attainment gap between the independent and state sectors were all mentioned. It was particularly pleasing to hear him emphasise the importance of extra-curricular activities, and few in further education would disagree with his assertion that “you won’t crack social mobility by only focusing on exam results”.

But today, FE Week reported on a story in the Times that the chancellor of the exchequer Philip Hammond has told ministries without protected budgets – including further education – to identify areas for budget cuts over the summer.

It would be easy to dismiss this as a silly season story, and it is unclear why further education was singled out alongside public health, local government and transport. But taken together, Tuesday’s speech and Wednesday’s story actually provide a good indicator of what lies ahead on the road to next year’s spending review.

Let’s start with a positive – there are few in the Department for Education who would agree that more savings can be found in the further education budget, and this has not always been the case. Anne Milton has acknowledged the funding gap with other sectors, and earlier this year agreed to calls from the Support Our Sixth-formers campaign (which was supported by FE Week, alongside a range of school and college associations) to conduct a review of 16-18 funding. The IFS has shown that without further investment, spending for this age group will be the same in real terms in 2020 as it was in 1990.

However, the Treasury will be looking for a “something for something” deal in the spending review. This is an unwelcome phrase, as it ignores the funding cuts and cost increases that institutions have already had to contend with and the negative impact this has had on the education of students. But with the Treasury’s austerity mind-set still firmly in place, the DfE will need to be equally hard-headed to realise its ambitions for social mobility.

For example, Hinds said on Tuesday that he plans to say more about the importance of character and resilience, and the benefits of “taking part in extra-curricular activities from sport, to music, to volunteering, to work experience itself”. The Social Mobility Commission has been charged with taking forward a research project to identify how these activities influence social mobility.

All worthy stuff, but with a spending review looming, any new research should be used to strengthen the DfE’s submission for more funding. Our most recent funding impact survey showed that 67 per cent of schools and colleges have actually reduced student support services or extra-curricular activities – with significant cuts to mental health support, employability skills and careers advice. In this context, a research report that confirms what we already know – that what happens outside the classroom is vital to social mobility – is unlikely to have much of an impact.

What happens outside the classroom is vital

Chancellor Hammond is the man we should be collectively trying to influence. It is unclear if he shares Hinds’ undoubted commitment to social mobility, but we must ensure he understands that the ongoing underinvestment in 16–18 education is having a negative impact on the education of students, the financial health of institutions and the ability of government to achieve its ambitions for the economy (as well as social mobility).

The preference of HM Treasury for “something for something” deals has recently led to some small, targeted increases in 16–18 funding linked to particular qualifications or subjects. What we actually need is a significant increase in the 16–18 funding rate – that is the only way to ensure funding is sufficient and made available in a way that colleges and schools can tailor to the individual needs of their students.

How do we convince the Treasury to agree to this in the spending review? By working together.

Next term, the coalition of organisations behind the Support Our Sixth-formers campaign will unveil plans for the final stage of our shared funding campaign backed by targeted new research. This cannot simply be a college or FE campaign. We may feel the impact more acutely, but the reality is that everyone – from small rural school sixth forms to large grammar schools – is under financial pressure, and we must put aside our sector differences to secure a result next year. Students, staff, parents, governors and others across all sectors will have a vital role to play.

This is a high-stakes spending review – defeat would mean that the 16-18 funding rate would be the same in 2023 as is was in 2013. This is hard to contemplate, particularly as the needs of students, demands from government and costs of delivery continue to grow. As Harold Wilson also famously said – he who rejects change is the architect of decay. We must speak with one, powerful voice to ensure that the Chancellor heeds that advice next year.