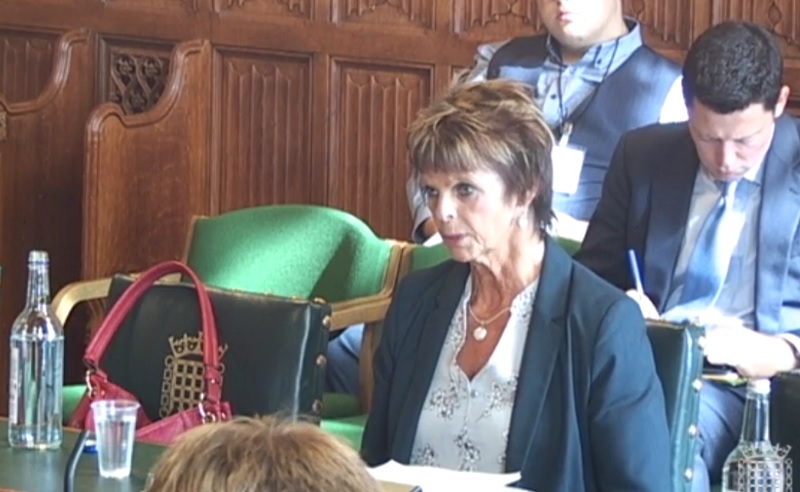 The skills minister is expecting a “slow take-up” when T-levels are launched, and admitted that as a parent she would tell her children to “leave it a year” before studying a brand new qualification.

Anne Milton left one member of the commons education committee “staggered” by her comments on the post-16 technical qualifications during an accountability hearing this morning.

Lucy Powell, the MP for Manchester Central, quizzed the minister on the tight timescale for rolling out the first three T-levels by 2020.

“The specifications [for the first three] won’t be ready until the spring, which is around six months before they’re actually being taught,” she said.

“As a parent I wouldn’t understand why anyone in the autumn before would choose to do those T-levels. I don’t think that is a realistic timeframe, do you?”

Ms Milton admitted that the qualifications will be “landing on very fertile ground” and while she “doesn’t underestimate the challenge”, the 2020 timetable is “possible”.

“Parents have got to buy into this for their young people,” she said.

“The job of persuading parents to take on a new qualification is always quite tough and we know not huge numbers will do it in the first instance.”

Ms Milton then admitted: “I’m a parent of four children; if somebody said to me your children can do this new qualification, I would say ‘leave it a year’.

“Instinctively that is what parents will do.”

“I find your comments there quite remarkable that you envisage a moment where you yourself consider what is best for your children and you would say ‘leave it there’ in regard to the qualifications that you are responsible for delivering and launching,” he said.

“Why shouldn’t every other parent of the children considering what they should do next also say ‘leave it here’ when the minister responsible for launching them [T-levels] doesn’t think they would be right for your children?”

“I probably made the mistake in using my own personal experience to emphasise the point that all parents are always wary of new qualifications,” she said.

“I know that take-up will be low in the first years. It was probably a mistake to use my own personal experiences but I do know we have to do a very good job of making sure parents and the providers understand these are a qualification like no other that has been done.

“It will take a while to convince both young people and their parents that actually these are a cut above.”

For the minister responsible for the launch to also say ‘leave it here’, I am staggered by that

The minister added that there would be a low take-up of T-levels whatever year they were started.

“If you took five years putting these in place there would always be a low take-up for a new qualification inevitably; it would never be great,” she said.

“Parents are naturally and understandably cautious.”

Mr Frith concluded by saying: “For the minister responsible for the launch to also say ‘leave it here’, I am staggered by that.”

“It’s astounding that the minister doesn’t have confidence in her own government’s flagship education policy,” he said.

“It is not acceptable for there to be one rule for the government, and another for everyone else.”

“When the minister in charge of T-levels has said she wouldn’t want her own children taking one up in their first year, and the department’s permanent secretary has publicly called for their delay, it is probably time for the government to take stock,” she said.

Ofqual’s recent four-week consultation on T-levels, which was branded “ridiculous” by Meg Hillier, chair of the Public Accounts Committee, was also brought up by Ms Powell as an example of tight timescales for delivering on the 2020 timetable.

Ms Milton said she thinks it is an “ambitious” deadline, but added: “I don’t think it is too short”.

Today’s debate about T-levels timescales follows a rare ministerial direction from the education secretary in May, when Damian Hinds refused his own permanent secretary’s request to delay the initial rollout of T-levels until 2021.