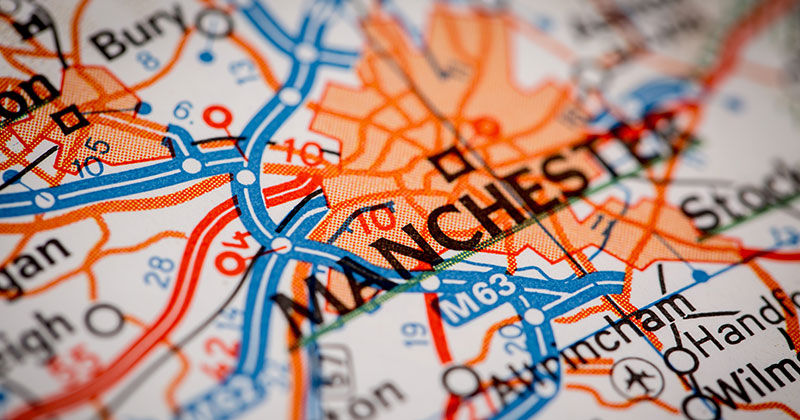 The Greater Manchester Combined Authority has become the first devolved area to launch a pre-procurement exercise for the adult education budget.

Ahead of its takeover of the AEB for its region in 2019/20, the authority is asking local training provides to take part in market research to help it draft and formulate a tender specification.

“The GMCA would like to explore current and emerging good practice in their AEB services to facilitate continuous improvement,” said a prior information notice (PIN) launched on Monday.

“This would include looking at delivery models which would maximise opportunities for the GMCA to deliver value for money.”

The Department for Education has issued an indicative budget for 2019/20 of £92.2 million for Greater Manchester.

The authority’s PIN said it will look to put out around £25 million of this to tender.

Like the last national AEB tender, FE Colleges, local authorities and third sector providers will be let off the hook as the rest of the budget will be grant funded to them.

“In Greater Manchester this includes around 20 providers which deliver around 75-80 per cent of AEB funded provision within GM,” said a report on devolution published by the authority in April.

“The ESFA currently funds these providers via a block grant on the basis that they are not-for-profit organisations in receipt of a grant to support their work (as opposed to a contract for specified activities).

“We would look to replicate that approach in 2019/20, subject to confirmation that grant allocations are compliant with relevant law/regulations.”

Like the Greater London Authority, which will also take control of AEB funding for its region next year, the GMCA is “considering” how funding models which incorporate outcome payments “can be used to drive better impact for learners based on progress from the starting point of their individual journey”.

“We are also considering pilot activity around funding additional elements of provision where they are linked to job outcomes,” the notice said.

It wants views on the advantages and disadvantages of a number of different payment models.

These include “the current model, in which an element of funding is attached to the achievement of a qualification with 20 per cent held back for achievement of it”, as well as “full payment by results, with the majority of funding predicated on achieving the stated outcome”.

Another funding model under consideration is “partial payment by results, combining funding elements linked to service delivery, on-programme milestones, for achievement of the agreed outcome/progression and an additional payment linked to a positive destination”.

It will also consider payments for work experience.

“The GMCA is also keen to understand the introduction/impact of license to practice and payments for work experience as long as there is a clear link to a job outcome.”

By having control of the AEB, GMCA expects to be enabled to focus on working with a “smaller range of high quality providers and reduce duplication”.

Once contracts are actually handed out following procurement, the authority’s intention is to make them last initially for one year, with an option to extend for a further two years.

But the GMCA warned that it will keep a close eye on subcontracting.

“GMCA wants to ensure that as much funding as possible reaches learners but recognises that there are costs involved in properly managing and assuring supply chains,” its PIN said.

“We will be considering relevant guidance and best practice in relation to all management fees and those generated by subcontracting arrangements.”

Interestingly, any underspend of the AEB will be retained by the authority.

“Department for Education has now confirmed that there will be no separate administration budget provided after devolution,” its PIN said.

“They have indicated that GM funding, including the AEB itself, should be used to fund operational costs associated with AEB, and that any underspend (usually around 2-3 per cent per year) will be retained by GM rather than returned to DfE.”

Organisations wanting to take part in this initial research need to complete the GMCA’s Market Testing Document by 4pm on July 16.