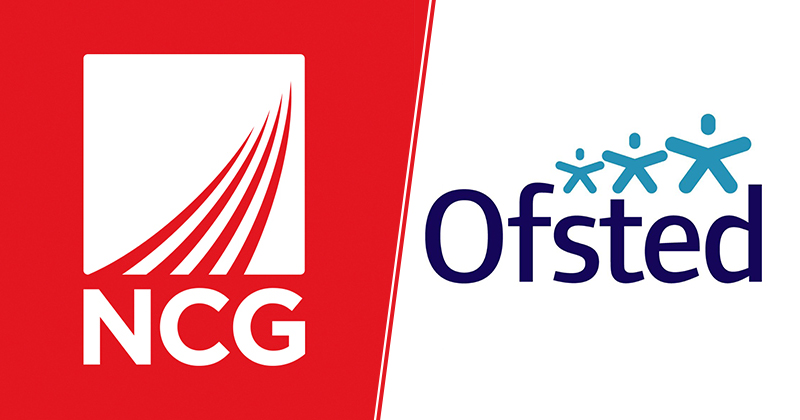 The nation’s largest college group and its troubled private training provider have officially been downgraded to ‘requires improvement’, after Ofsted published inspection reports on the pair this morning.

FE Week revealed last week that NCG and Intraining were expected to receive poor ratings – down from their previous ‘good’ overall, following serious concerns about their achievement rates and management.

Ofsted noted some ‘good’ provision at the group. However, its chief executive has since hit back and claimed the current inspection framework is “no longer fit for purpose when inspecting college groups”.

Inspectors observed that NCG’s “leaders’ and managers’ actions do not bring about rapid enough improvement to rectify weaknesses in, for example, learners’ attendance, the quality of training on apprenticeships and the quality of teaching, learning and assessment on too much of the study programme provision”.

Inspectors noted that in the last 18 months, “executive leaders” have spent a “substantial amount of their time on due diligence for the mergers with Carlisle College and Lewisham Southwark College, as well as reviewing other merger requests”.

Governors are now “clear that there needs to be a period of consolidation on what the group offers in order to reach their ambition of being a group of consistently high-performing divisions”.

At Intraining, which is currently cutting staff numbers owing to financial trouble, inspectors found that the NCG board “does not provide managers with sufficient challenge on the underperformance of apprenticeships”.

The group has extremely low achievement rates. In 2016/17, the combined overall apprenticeship achievement rate for NCG’s colleges was just 55.6 per cent, while Intraining’s was 58 per cent.

Ofsted recognised this: “Leaders and managers have not been successful enough in rectifying many of the weaknesses in learners’ outcomes. Too many learners are not achieving their potential, particularly in English and mathematics.”

Too many apprentices make “slow progress, and as a result do not complete their apprenticeship within their planned timescale”.

And for apprentices due to complete their training in the current academic year, in-year performance records show the proportion to be “higher”, but “it still requires improvement”.

Ofsted added that across the group, achievement rates on study programmes “vary too much and, in too many cases, are not high enough”.

However, senior leaders at NCG are “fully aware of the weaknesses in apprenticeship provision” and since September 2017, they have placed a “strong emphasis on improving the quality of apprenticeships and, in most divisions, new leaders have been appointed”.

There was ‘good’ provision found at NCG. The group was given grade three ratings in six of the eight headline fields – but grade twos for adult learning programmes and provision for high-needs learners.

The college provides courses for over 8,800 adult learners, for whom the quality of teaching, learning and assessment is “consistently good, and this is reflected in the positive outcomes for learners in achieving their qualifications”.

The quality of provision for learners with high needs is “good; teachers are skilled at supporting learners to gain the skills and confidence to prepare them for their next steps”.

Ofsted noted that the NCG governance arrangements are being reformed under new chair and former ESFA boss Peter Lauener, but currently governors “do not always provide sufficiently effective support or challenge to senior leaders across the group”.

As a result of its official grade three, NCG is now expected to be dropped from the government’s final bidding round for Institutes of Technology.

The group’s chief executive Joe Docherty said there is “no getting away from the fact that these are very disappointing results” but a “single inspection grade across the six NCG colleges masks stronger performance in some areas and weaker performance in others”.

He added that NCG has “pioneered the college group model, and the current Ofsted inspection framework for FE is no longer fit for purpose when inspecting college groups”.

“We need greater transparency when college groups are inspected and we’re pleased to be making the case to Ofsted for college-level inspections.”

NCG will introduce a new college “campus identifier” field into individualised learner records from 2018/19. It hopes this will pave the way for campus-level Ofsted inspections.