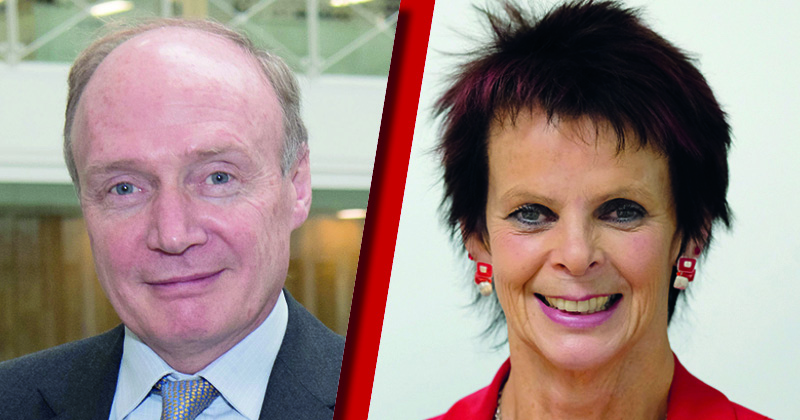 The government is on the defensive one day before the latest apprenticeship figures appear, expected to show a continued year-on-year drop.

An open letter signed by skills minister Anne Milton, Institute for Apprenticeships boss Sir Gerry Berragan (pictured above) and dozens of senior figures from business schools, businesses and other organisations wants the sector to “support employers in making use of the levy”.

A spokesperson for the Department for Education said the letter had been intended as a defence of the apprenticeship levy following recent criticism, including from the Confederation of British Industry and the manufacturers’ organisation EEF.

University should not be “viewed as the only route to a successful career”.

“That’s why we should support employers in making use of the levy, and in providing opportunities for people to learn, earn, and get on in life,” it concluded.

The levy was introduced in May 2017, set at 0.5 per cent of an employer’s payroll, and payable only by those with an annual payroll of more than £3 million.

Since its introduction starts have plummeted.

Final statistics for 2016/17 showed that starts in May were down a massive 65 per cent on the same period the year before.

This downward trend has continued into 2017/18, with provisional figures for the first seven months of the year showing a 25-per-cent drop on the period in 2016/17.

February saw the biggest year-on-year drop in six months, with starts down 40 per cent from February 2017.

The CBI said that this fall in starts is evidence that “the levy in its current form isn’t fit for purpose”.

Speaking at FE Week’s Annual Apprenticeship Conference in March, its deputy director-general Josh Hardie demanded urgent reform to the levy to make it work for businesses – including greater flexibility over how they can spend their cash.

“The levy’s design faults are serious, but not insurmountable,” he said.

And a report by the manufacturers’ organisation EEF, published in April, revealed that just five per cent of employers in the sector wanted to keep the levy as it is.

It urged the government to make a number of changes, including extending the time limit for employers to use their funds from two years to four years.