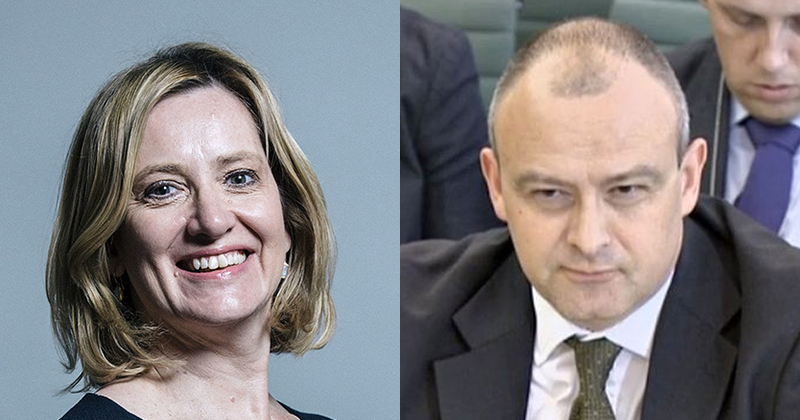 The immigration enforcement official blamed for the downfall of the former home secretary Amber Rudd has been moved from the Home Office to the Cabinet Office to lead on apprenticeships strategy.

The Home Office announced that Hugh Ind “is moving to work at the Cabinet Office where he will take forward the public sector apprenticeships strategy”.

The Sun reported earlier this month that fuming conservatives had blamed him for costing Amber Rudd her job over a disastrous briefing at the peak of the scandal over the wrongful deportation of Windrush immigrants and their family members.

Ms Rudd is said to have been wrongly told that the Home Office had no official targets for deporting illegal immigrants before her fateful home affairs select committee appearance.

She had to resign when it was subsequently claimed she had misled Parliament.

Mr Ind will be replaced as director general of immigration enforcement, a post which involves overseeing more than 5,000 staff “responsible for cross-government actions to reduce immigration abuse”, by Tyson Hepple.

It is understood Mr Ind will start in his new post within three weeks.

An Association of Employment and Learning Providers spokesperson welcomed the arrival of a senior figure.

“The civil service has come a long way in understanding the advantages of apprenticeships at all levels since some fear and trepidation greeted the public sector target announcement in January 2016 and this is further evidence of how seriously the government is about ensuring that new programmes are successfully delivered,” they said.