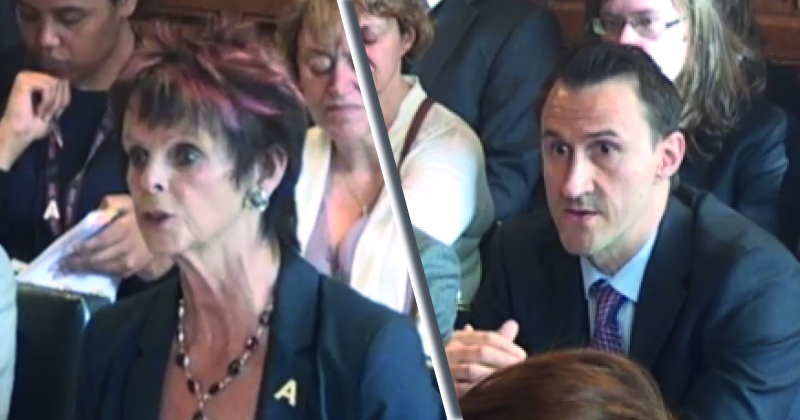 Caps on subcontracting management fees will be introduced if the government deems it “right and proper”.

The Education and Skills Funding Agency’s director of apprenticeships was questioned on the unscrupulous top-slices that many prime providers now charge during an education committee hearing on apprenticeships this morning.

Keith Smith pointed out that stricter rules have recently been enforced on subcontracting, leading to “a reduction”.

He told MPs that the government would not hesitate to actually cap the amount that can be charged as a management fee.

“Subcontracting is an element of a provider-led model and we are doing some work to think about the future of that from next year,” he said.

If it is right and proper that we introduce capping

“We have already seen a reduction in the amount of subcontracting that is happening because of the changes and controls we’ve introduced.

Skills minister Anne Milton appeared later in the session and agreed with the committee that huge top-slices in subcontracting concerns her and that it amounts to “wasted money” in some cases.

“I would always like less, because it’s money that is going to the main provider that could be spent on training,” she told the committee.

She currently has three cases of unjust top-slices which have been brought to her by other MPs.

“I can take action,” she said, adding: “I think it’s too early to take action at this stage.”

Major sector bodies, excluding the Association of Colleges, published best practice guidance in March stating that management fees levied by prime providers on subcontractors should not be more than 20 per cent of the programme funding.

This was signed by the Association of Employment and Learning Providers, the adult community education and learning organisation Holex , and provider group Collab.

FE Week has exposed many situations in which cash meant for learning has been diverted as primes levy what are widely considered to be excessive management fees of up to 40 per cent.

To make the process more transparent, from 2016/17, new rules dictated that individual providers had to inform the ESFA of their management fee figures, which should then be published centrally.

But the agency has delayed and delayed this, and only announced last month that these fees and charges will finally be published in June.

The ESFA also revealed last month that subcontracting fees and charges will be reviewed to ensure government funding is being used for “recognised costs”.

It follows new rules for contracting and subcontracting, which came into force last May, which say lead contractors can no longer subcontract entire apprenticeship programmes.

Instead they must “directly deliver” at least some of each programme.

And all subcontracting arrangements must be agreed with the employer before the start of an apprenticeship programme.

However, as revealed by FE Week earlier this month, colleges still appear to be breaking the rules.

Stephenson College was exposed earlier this month for apparently charging up to 57 per cent in management fees and attempting to use up £100,000 of skills funding within less than three months, through a frowned up process known as “tactical subcontracting”.

Yet funding rules state that providers “must not subcontract to meet short-term funding objectives”.

The college’s policy was actually updated on May 1, following FE Week enquiries, and now says that the subcontracting charge is “typically” 20 per cent.