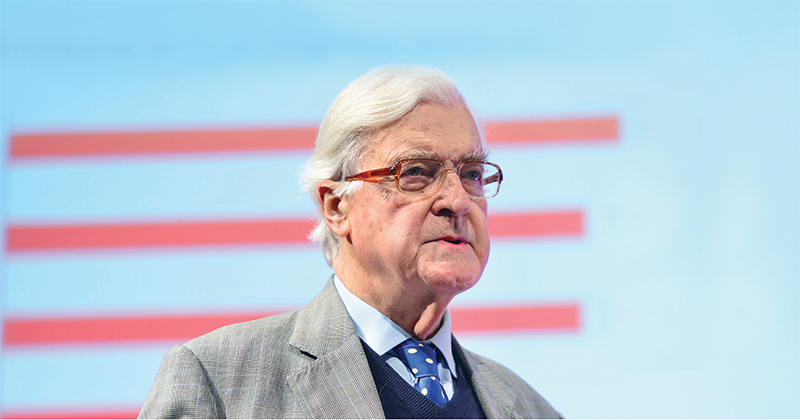 Lord Baker has mounted a robust defence of university technical colleges, despite the growing list of setbacks to befall the 14-to-19 programme he helped build. In an exclusive interview with FE Week’s Billy Camden, he refutes claims from other major players who once backed it, including George Osborne, that the movement is in serious trouble.

Lord Baker has come out fighting.

“Neither of my main critics have ever even visited a UTC,” he claims, when asked what he thinks about George Osborne and Michael Gove’s recent condemnations.

Of the former chancellor, he adds: “He is not in the picture any more. He has no idea what has happened.”

In fact, this week Lord Baker has even written to Mr Osborne, inviting him to visit a UTC to “show him their success”.

The latter told the Commons education committee last week that he would consider scrapping the UTC starting age of 14 if he were still in charge at the Treasury, after coming to the conclusion that they are in need of radical reform.

Many people from across FE agree that the model “clearly hasn’t worked”, given that eight have so far closed and six of the 30 inspected by Ofsted are rated ‘inadequate’. 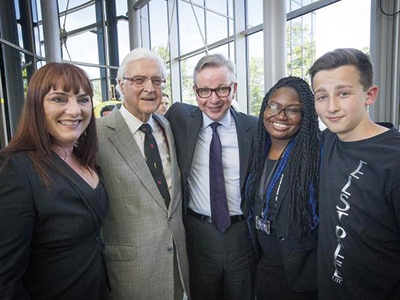 But Lord Baker refuses to accept any of this. The former education secretary has also invited Mr Gove, who in fact visted at least one with him in 2014, to check what they are like now. He doubts he will take up the offer though. Mr Gove, himself a former education secretary, was always “against” the movement because he was “dug in his own philosophy” of academic education and “did not like or understand” technical education.

Lord Baker believes there is outstanding evidence that UTCs are successful, and reveals that two new ones are in the pipeline, to be based in Newcastle and Doncaster.

“Our recruitment went up last year by 20 per cent,” he claims, adding: “Our destination data is incredible. Last year we had 2,000 leavers and only 23 NEETs. That is an unemployment rate of one per cent whereas nationally it is 12.2 per cent.”

He also claims that UTCs were only slightly below the national average for year 13 leavers attending university (46 per cent compared to 51 per cent). “Yet”, he adds, “78 per cent of these entered a STEM course, helping to address skills shortages in sectors that are key to economic growth, compared to just 22 per cent nationally”.

He puts recent recruitment success down to two factors: the new legal requirement on local authorities to write to all parents of year 9 students telling them about other types of education providers, and the Baker Clause, named for the intervention he made in the passage of the recent education bill, which forces schools to open their doors to colleges, training providers and UTCs.

But not all councils and schools are complying, and Lord Baker wants strict action enforced on them.

The department appears to have listened.

On May 10, a senior DfE official travelled to Cumbria to have face-to-face showdowns with headteachers who are not letting the Energy Coast UTC speak with pupils.

There is such good evidence that we are successful

“Some schools postpone and are awkward, which is outrageous,” he said, though the academies minister Lord Agnew is “prepared to instruct them to comply”.

“The DfE needs to make a physical presence and ministers need to instruct specific schools.”

What action would he like to see taken against these rogue schools? It would be “a very good idea”, he says, for Ofsted to “condemn them” in inspection reports.

In terms of local authorities, the Baker Dearing Trust, which oversees UTCs, is compiling evidence of non-compliance to show the DfE. Once passed on, ministers are expected to write to rebel councils to demand they comply with the law.

If at this point the LAs still do not play ball, Lord Baker says the whole weight of the DfE “should descend upon them”.

“A UTC is not a school or a college, it is a hybrid animal,” he says. “Ofsted takes no account of employability in inspections and that is a big test for us.”

He hopes that the watchdog’s new common inspection framework, expected in 18 months’ time, will go some way to taking into account “the special nature of our offer”.

Some leading FE figures, namely former skills minister Nick Boles, have suggested that UTCs should function as part of multi-academy trusts to make them “stronger”.

However, Lord Baker insists they must approach MATs with caution, because it endangers them of “watering down” the principles behind UTCs.

Some UTCs have started to recruit at 13 – a year earlier than the standard recruitment age of 14 – because schools in local areas are beginning key stage 4 learning at year 9.

Lord Baker is a fan of this idea, and says if the whole country evolves to this model, then so will UTCs.

“We would absolutely be happy to change to starting at 13 instead of 14,” he confirms.

In terms of closures, the peer confesses that he knew starting the movement was a “high-risk strategy and any entrepreneur will tell you that you always lose 10 per cent, which we have lost”.

He realises that every child “only has one education”, but for those at UTCs that have closed, he claims that not one of them became a NEET, “so we gave them something”.

Asked if he would send his own child to a UTC, even if it was severely under capacity like many currently are, Lord Baker says he “certainly would” if they were technically inclined.

Many critics of the UTC movement have labelled it as a “failed Baker pet-project”. He refutes this.

“My last pet project was academies, so I want this pet project to be as successful as that,” he remarks. “It might not happen in my lifetime but I am sure it will eventually.”

In the Conservative Party manifesto there was commitment to have a UTC “within reach of every city”. Lord Baker believes this was a “rather strange objective”, but one that has mostly been fulfilled as “we have them scattered around all the big cities”.

He finishes with a joke and a smile: “I have a high regard for FE Colleges and there ought to be a statue of me in every college because I was the minister who removed them from local authority control and gave them the chance to grow.”

The chequered history of UTCs

Since the first wave of university technical colleges launched in 2010, FE Week has been there to report on their troubles.

The first and most pronounced sticking point has been the constant battle to convince students to transfer school at the tricky age 14.

At this age pupils are not only just about to enter the critical GCSE learning period, but they’re also embedded in their school community and friendship groups. UTCs are also still a relatively new concept, and most parents are put off taking a punt on them for fear of ruining their child’s education with the unknown.

Most UTCs have severely struggled with recruitment as a result. As FE Week revealed earlier this year, almost every UTC missed their recruitment targets and were overpaid by the government in 2016/17, leaving them with a combined debt of over £11 million. 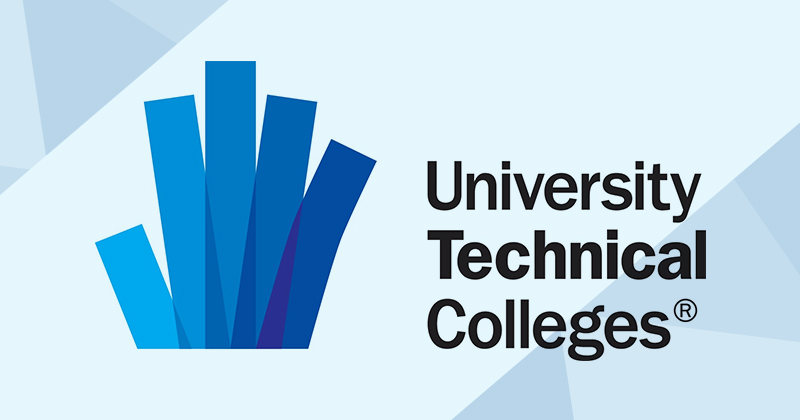 They’ve also struggled to retain students. Learner numbers dropped at around two thirds of the colleges that had been open for three or more years in 2016/17. Further to this, in April 2017 over half revealed they were still at less than half capacity.

On top of this, schools have come out fighting whenever a UTC has attempted to poach their technically gifted pupils, creating unhealthy competition in the education sector.

Many have become financially unviable due to low student numbers, and eight have closed as a result.

Most of the 14-to-19 technical providers have also run into trouble with Ofsted. A grade four report into South Wiltshire UTC published last month brought the total number of UTCs inspected so far to 30 and the number rated ‘inadequate’ to six.

Eight others are rated ‘requires improvement’. Just one is ‘outstanding’.

What has made matters worse is that the government has continued to judge UTCs by school standards, despite being totally different.

Some have rebranded after opting to join multi-academy trusts, and others have lowered the recruitment age to 13 to fit in with local schools who start the key stage 4 period in year 9.

Despite the mounting list of setbacks, the man behind them, Lord Baker, is convinced they will be a success. Only time will tell if his dream comes true.