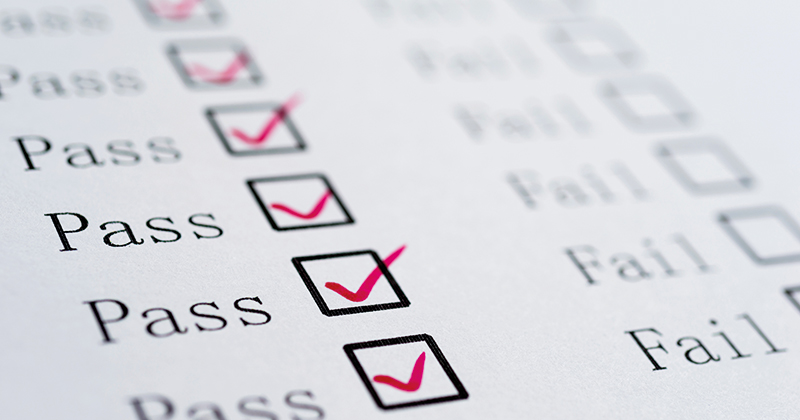 Thousands of young people are having their recent exam failures reversed, thanks to a change in the design of certain qualifications. FE Week looked into what’s going on: who’s making the change, why it has happened and how many learners are affected.

More than 1,300 learners who failed courses last year are now being told they’ve passed – including some who’d already dropped out of education.

Ofqual is responsible for their stroke of luck: the exams regulator has reinterpreted rules on reformed level three applied general and tech level qualifications, which introduced for teaching from 2016.

Most of these were designed so learners had to pass all their externally assessed exams to achieve the final qualification. That changed last month, after Ofqual wrote to awarding organisations asking them to create a “safety net” for learners who had narrowly failed one or more of their exams.

Awarding giant Pearson, whose BTECs account for the majority of the qualifications affected, has confirmed that 1,300 learners at 270 of its centres have been affected.

“Some learners who sat externally assessed units in 2017 and 2018 are now eligible to achieve a qualification when previously they weren’t,” a spokesperson said.

“We have communicated with all providers about this change to ensure that all learners receive the qualification they deserve.”

Applied general qualifications and tech levels are vocational or technical alternatives to A-levels that can lead onto higher education or employment. The change is expected to have an impact on providers’ achievement rates, though the ESFA seems reluctant to make official changes.

Learners on two-year courses who are due to complete their qualifications this summer are affected, as well as those who finished one-year foundation courses last summer.

The true number of learners to get the good news might be much higher; two other major awarding organisations offering similar qualifications told FE Week that they had introduced changes as a result of Ofqual’s letter, though neither could say how many learners will be affected.

Ofqual itself was similarly unable to predict how many people would now qualify.

A spokesperson confirmed that its advice was issued “knowing that there was a case for retrospective regrading”, and that the regulator had “modelled the potential impact of assessment changes” with a number of awarding organisations, including Pearson.

FE Week contacted a number of colleges that are among the 100s to have learners affected by the safety net change (see table below).

Some said several learners had dropped out after failing their courses last year, though many were permitted to carry on into the second year in an effort to boost their grades.

Uxbridge College said that 10 learners on one course will have their results reversed. It is petitioning the Education and Skills Funding Agency to have these changes reflected in official achievement statistics.

This represents a 19-per-cent increase in the success rate on that course, and a 0.1-per-cent uptick in overall 16-to-18 achievement rates.

But the ESFA insisted that it had “no immediate plans” to amend achievement rates – although it would keep this under review.

The courses were reformed in 2016 to make them more rigorous, under rules set out by the Department for Education.

These rules have not changed, but a spokesperson said the DfE had “recently reiterated guidance to ensure consistency”.

Other awarding bodies include UAL and OCR, which had a nine- and six-per-cent share respectively of applied general qualifications in 2016/17. City and Guilds is the second largest awarding body for tech levels, responsible for 31,945 or 22 per cent.

An Ofqual spokesperson said it is “pleased” that Pearson had applied the change to BTECs.

“In weighing up the need to make changes to their qualifications, we asked awarding organisations to ensure appropriate standards were achieved in these new qualifications,” they said.

Spreading the news: How have providers been affected?

Hundreds of providers have now been given the joyous task of telling students who previously failed their courses that they have now passed.

Original failures for these learners would have had huge consequences: they might have been rejected from university, stopped from progressing onto higher courses or missed out on potential jobs.

For the training providers themselves, achievement rates would have taken a hit – meaning current government figures are not a true reflection of their training offer.

Although most are still trying to figure out the ramifications for themselves, a number of colleges with over 50 affected students between them, gave FE Week their initial reaction.

Uxbridge College has 10 learners on applied science courses affected, and some are now even being told that they actually achieved an overall ‘merit’.

However, the college said it took a “local decision at the time based on our own assessment and knowledge of the students’ standards and achievements in this qualification, before this was known, in order to not disadvantage these learners”.

All 10 were allowed to progress into their second year of the extended diploma “in an effort to improve their grades”.

“It is not considered that these learners will be unduly and adversely affected by the change and can focus their attention on improving the quality of the grades they obtain,” a spokesperson said.

However, she added that there is an impact on the college’s achievement rates.

She added that the college will make “representations” to the ESFA to ensure these results are reflected in the overall data record.

South Essex College was told by Pearson that it had 12 students affected.

“We are working with these students to support them through the process,” a spokesperson said.

“Six left the college to pursue other employment opportunities while six are continuing their studies at the college by progressing on to a different course.”

The Sheffield College had 20 students affected.

“The majority of those, 15, have re-enrolled and continued with the second year of their course,” a spokesperson explained. “We are in the process of contacting all of those affected.”

NCG, which had 3,160 students on the level three diplomas last year, knows of nine students at two of its colleges affected so far. Other colleges in the group are still waiting to hear if they have any learners affected.

A spokesperson said the group is “monitoring the impact closely and will liaise with learners at the earliest opportunity”.

Nottingham College and Exeter College informed FE Week that they only have a handful of students affected but said it was too soon to comment.

The rules explained and what has changed

Level three applied general and tech level qualifications were reformed in 2016, so that they could be counted in the Department for Education’s 16-to-19 performance measures.

The qualifications were designed to meet technical specifications set out by the DfE, which include a portion of external assessment.

These rules don’t say that learners have to pass all of their exams to achieve their qualification, but that was how most of the courses were designed, including those offered by Pearson.

This meant, for example, that a learner who had a distinction in three out of four exams but who narrowly failed one exam would fail the overall qualification.

In its letter, Ofqual said it is “concerned that this may impact the validity of grades issued and is not fair to students who narrowly miss passing one or more units”.

It’s not clear where the original interpretation of the rules came from, or the impetus for Ofqual’s letter.

The DfE is insisting that its rules haven’t changed.

“We have always been clear with awarding organisations about the standard that is expected and nothing has changed. We recently reiterated the guidance to ensure consistency,” a spokesperson said.

An Ofqual blog post on the topic said AOs had designed the qualifications to meet official guidelines that learners had to pass every externally assessed exam.

Awarding organisations would have had to submit their qualifications to the DfE for inclusion in the list of awards that count towards the performance measures.

Pearson is by far and away the biggest provider of both applied general and tech level qualifications, though other major awarding organisations including City and Guilds and OCR also offer their own versions of these courses.

A spokesperson said it would be “introducing a near-pass unit grade for this summer’s exams” for all qualifications in the suite, and that the change would be applied retrospectively.

However, it couldn’t say how many learners would have their results changed.

“We’re running the data checks now and will be in touch with any affected centres as soon as possible,” they said.

Similarly, City and Guilds, which offers tech levels, will be introducing a yet-to-be-determined “tolerance” for learners that would be completing their courses this year.

It intends to “consider those results that are within a tolerance of marks below the pass mark as having achieved the component”.

A spokesperson said the body is still “reviewing options” for learners that completed courses last year, and would “communicate further to centres once we have been through this process”.

“At this stage we cannot give exact figures of how many learners will be impacted,” she said.

AAT also offers tech levels. A spokesperson said it will be “reviewing what actions it needs to take in light of Ofqual’s letter, if any”.

And VTCT will be consulting over the summer before making any changes to its applied general qualifications in sports, active health and fitness.

It is “considering assigning a minimum points threshold” that would allow learners to pass the qualification without having to pass every external assessment.

Not every awarding organisation is making changes to their courses, however.

Graham Hastings-Evans, managing director of NOCN, which offers tech levels, said it “will not need to” do so, as “no learners have been adversely affected”.

Julie Hyde, the director of CACHE, said it had “determined that no safety net was required” for either the NCFE CACHE technical or NCFE applied general qualifications, after “reviewing the assessment strategy and purpose” of the courses “alongside consultation directly with Ofqual”.

A spokesperson for University of the Arts London, which issued the second highest number of applied general qualification certificates in 2016/17, said its courses aren’t subject to the Department for Education’s rules. As a result it didn’t need to make any changes, and none of its students were affected.