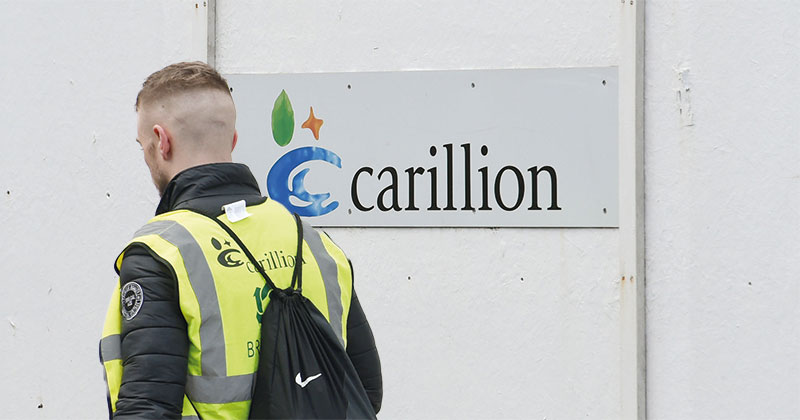 Almost three quarters of the apprentices left jobless following the collapse of Carillion have secured new employment, following an “extraordinary effort” by the construction industry over the last month.

At first, 700 were offered alternative apprenticeships by the end of January, after the outsourcing giant entered liquidation on the 15th. But attempts to move more than 400 others stalled throughout February and early March, after it proved difficult to match them with companies close enough to where they live.

The Construction Industry Training Board has now cleared the bottleneck, and 824, or 72 per cent, of the 1,148 apprentices have moved on.

“The industry has well and truly rallied together, offering 1,600 job opportunities to affected apprentices,” said the CITB’s Gillian Cain, which has assumed responsibility for finding alternative employers.

She added that while not all of these opportunities have “met the needs of the apprentices”, there are 200 more relevant vacancies remaining, and the CITB is working hard to secure more.

The CITB is continuing its matching service for another 100 of the remaining apprentices who are still engaging with the process. A further 224 have not responded to various attempts to contact them.

The government have simply buried their heads in the sand

The success in sourcing new work for the apprentices has been put down to cash incentives of £1,000 which are being offered to employers.

The payments are part of a £1.4 million package that sees firms receive £500 up front, and a further £500 after six months if they’ve retained the displaced trainees.

Ms Cain said that while the additional incentive “may have helped”, the majority of companies offering jobs have done so “out of a genuine desire to help the affected apprentices and we are incredibly grateful to all those who have”.

Carillion was the UK’s largest employer of construction apprentices before it went into liquidation in January.

It was originally estimated that around 1,400 learners trained at the company’s skills division, Carillion Training Services, had been affected by the collapse.

However, this figure included recent finishers who were looking for a new employer. The true number of affected apprentices employed by UK’s largest employer of construction apprentices and delivered by CTS has now been confirmed as 1,148.

Shadow education secretary Angela Rayner said the majority of apprentices who have been placed elsewhere would feel “huge relief”, but this “should not be allowed to distract from the repeated failings of the DfE to take the steps necessary to protect apprentices”.

“It has been the CITB that has been supporting these learners in the wake of Carillion’s collapse, while the government have simply buried their heads in the sand,” she added.

In an answer to a parliamentary question last month, skills minister Anne Milton revealed that just two of the 1,200 apprentices cut adrift by the collapse of Carillion were offered a placement by the government – and both joined the army.

Stephanie Peacock, Labour MP for Barnsley East, said the government “had a duty” to look after the apprentices who have been “badly failed by corporate bosses and Tory ministers alike”.

“They haven’t even found so much as one apprenticeship in a single government department or agency,” she continued.

The Department for Education had said it would continue paying the out-of-work apprentices beyond the end of March. However, it declined to comment on when these payments would end.

“We have been working closely with the CITB to find alternative employment for all those apprentices,” a spokesperson said.