The focus in the media, in the minds of policymakers and in an international audience is unsurprising. The word “degree” is a high-status word. It confers value and recognition, offering a means of redressing the perennial problem of inferior regard in vocational and work-based education. In an era of tuition fees it also offers the prospect of earning while learning without incurring a £50k debt. It offers a way forward for apprentices whose work-based learning may hitherto have been capped at level three. And finally, with the introduction of the apprenticeship levy, it offers large employers a way in which they can use their levy contribution on fewer high-value apprentices without the administrative overhead associated with more numerous (and often younger) apprenticeships at levels two and three. What’s not to like?

Well, first there’s the title: “degree apprenticeship”. I would be much more comfortable with using the title “apprenticeship at degree level”, in the way that the skills minister did in her most recent speech on the subject. It would signal that the requirements of the apprenticeship are pre-eminent, rather than those of the degree.

There are, of course, exceptions, but many of the degree apprenticeships that I have looked at in my new role at IoE would more accurately be described as employer-sponsored degrees. The content in the degrees has not been varied to meet the needs of the employer, and are often simply modularised and delivered to apprentices on a part-time basis. The apprentices start their degrees at the same time as their full-time contetmporaries and the course runs on a standard academic year basis. There is limited interplay between the off-the-job teaching provided by lecturers and in the in-work experience of the apprentice, the links such as they are being made by the apprentice rather than being required by the scheme of study. This doesn’t mean that such programmes are not useful or good value, but simply that they’re not apprenticeships. 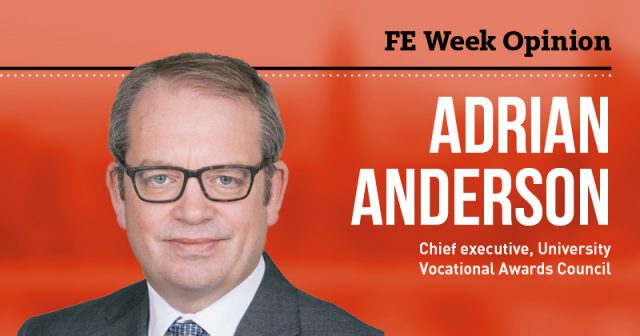 Second, there’s the level. The OECD, amongst others, has remarked upon the relative absence of sub-degree work-related higher-level skills provision in England at levels four and five. The review of tertiary education recently announced by the government has, as one of its premises, an acknowledgement of the need to increase this level of provision. While “capturing apprentices on a full three-year journey to a full degree programme may be more attractive to universities, this could amount to no more than a displacement of current degree provsion. This would then leave the level of graduate underemployment in the economy unaffected. A more sustainable solution is to have stopping-off points at levels four and five with advancement eventually to level six (degree level) in a progressive higher apprenticeship system.

Finally, some have pointed to the expense of degree apprenticeships compared to entry-level and intermediate apprenticeships. The higher-level frameworks are funded at up to £27k a go. I can see the concern here with the levy pot being finite, but it’s perhaps too early to say if degree apprenticeships, which are still relatively small in number (albeit growing rapidly), will eat the lunches of apprenticeships at levels two and three. The way in which small non-levy paying employers can be incentivised to offer apprenticeships is a much more pressing issue.

So, even in the face of the interest of all and sundry, there are potential pitfalls in degree apprenticeships, the most pressing of which is that they are not apprenticeships at all, but repackaged academic or quasi-academic degrees. If this turns out to be the case, the technical and professional education revolution risks reverting to the norm of academic pre-eminence – and the prospects of a distinctive dual system will once again have been undermined.