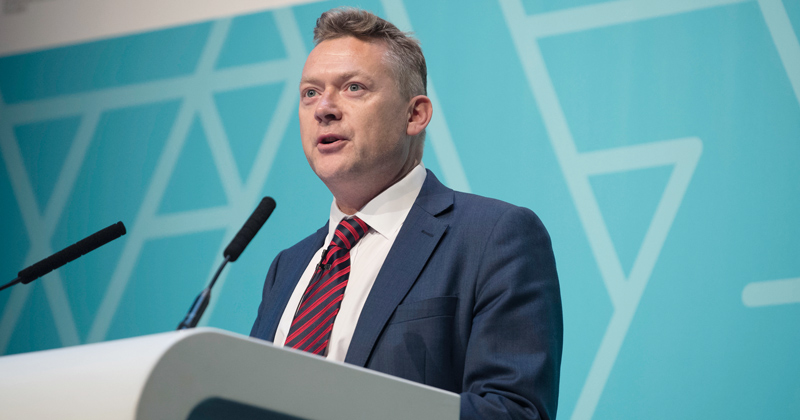 The register of apprenticeship training providers will not open again until September – nearly a year after the last window closed, the government has revealed.

The register has been under review since November, but Rory Kennedy, the Department for Education’s director of apprenticeships, admitted to general surprise at FE Week’s Annual Apprenticeship Conference that it was still in its “early stages”.

“We expect to complete the review in the summer and the register will open again in September,” he told delegates. “The work in that review is still in its early stages.”

He admitted he was “very hesitant” to give a “flavour” of some of the outcomes of the review, though he said the DfE would “welcome views on” whether the window approach is the “right one” or “should we be talking about a rolling approval basis”.

This is nevertheless the first indication of when new applications can be made; officials have been silent since the last window in October, even though 13 organisations were unexpectedly added earlier this month.

Calling it an implementation blip might be a bit too blasé

These newcomers bring the total number of providers on the register to 2,588 – 2,197 of which are eligible for an Ofsted visit – a volume that chief inspector Amanda Spielman admitted said she is “worried” about.

Mr Kennedy told AAC that the new register was created to put “quality at the core of the system”.

However, RoATP has been controversial since its launch: many established providers failed to make it onto the approved list the first time round, including every single one of Birmingham’s colleges.

Amongst the successful providers, however, were three new companies with no track record on government apprenticeships, all run by one man from a rented office in Cheshire. Another admitted training academy had ceased trading by the time the register was published.

Mr Kennedy is confident the government will meet its target for three million apprenticeships starts by 2020.

Kirsty Wark, who hosted AAC, asked him about the ongoing drop in starts this year, and whether it was down to an “implementation blip”.

“Calling it an implementation blip might be a bit too blasé,” Mr Kennedy said. “We are concerned about it but we remain confident. I don’t think there is a fundamental issue with the way apprenticeship reforms have been implemented but what I would accept is that we need to balance that commitment with longer term measures.

“We need to articulate them to better reflect the programme. The number of people starting apprenticeships shouldn’t be the programme’s only measure of success.”

He also told delegates that the apprenticeship reform programme would only succeed through a “real collaborative effort”.

“It requires all of us: government, employers, apprentices, awarding bodies, providers, and colleges to keep remembering what we’re working towards,” he said.

“We’re working for a new system where apprenticeships will provide high-quality skills, technical experience, industry know-how, and transferable skills that give employers and apprentices and indeed our country a real competitive advantage.

“Our pipeline of talent will lift growth and improve social mobility by creating more opportunities for people in all communities regardless of their background.”