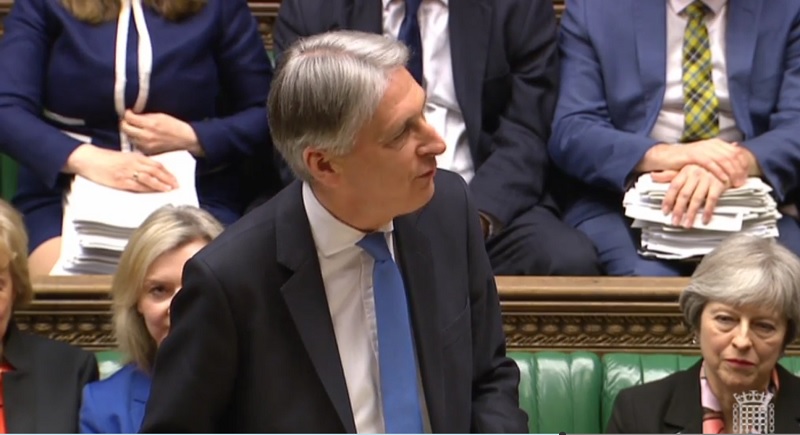 There will be an extra £80 million released to help small businesses recruit apprentices, the chancellor has announced in his spring statement to Parliament.

“We are committed as a government to delivering three million apprenticeship starts by 2020 with the support of business through the apprenticeship levy,” said Philip Hammond.

The levy was launched last April for large employers, and concerns have been raised since about its impact on starts and that the system has become too heavily orientated towards big business and their apprenticeships needs.

It is currently paid by employers with an annual payroll of £3 million or more, and is set at 0.5 per cent of this cost.

“We recognise the challenges the new system presents to some small business looking to employ an apprentice,” Mr Hammond said.

“I can therefore announce today that the education secretary will release up to £80 million of funding to support small businesses in engaging apprentices.”

A Treasury spokesperson however explained afterwards that this is “not new funding”.

“It is from the existing DfE apprenticeship budget. I guess today will be the first time it has been publically announced in terms of where the money will be allocated, but it is funding that is awarded to providers to deliver training to businesses that don’t pay the apprenticeship levy.”

The Education and Skills Funding Agency has just received the first round of growth-request bids for non-levy apprenticeship funding, from those providers that were successful in the recent tender for contracts in this area.

The Treasury has confirmed that the chancellor’s £80 million is in addition to £485 million in non-levy funding that has been already allocated.

It has not so far said whether this ultimately amounts to extra funding on top of the total £650 million previously allocated for non-levy funding until April 2019.

It is more likely to be funding from within the £650 million pot, and the amount is similar to that allocated to providers during the last round of growth requests that closed for submissions last Tuesday.

This appeared to be confirmed subsequently by Viscount Younger.

“The government has awarded £490m to providers across the country to deliver apprenticeship training for smaller businesses from January 2018 to April 2019. And today we have announced that in April we will be making available an additional £80m for starts with SMEs and that, my lords, will support an extra up to 40,000 apprenticeships,” he told fellow peers this afternoon.

It is thought then that this would leave just £85 million left to allocate in the second and third growth rounds, the results of which are to be revealed in July and November respectively.

Mark Dawe, who leads the Association of Employment and Learning providers, said: “While any growth funding is very welcome, until the government remove the 10 per cent employer contribution for under 24 apprentices and commit to an annual non-levy budget of £1bn, the apprenticeship starts are not even going to reach the level they were before the levy was introduced – let alone exceed them.”

This all follows the controversial recent tender for non-apprenticeship levy contracts. A total of 714 training providers won contracts in the £650-million process – nearly a third of which did not have an apprenticeships allocation the previous year.

Apprenticeships minister Anne Milton recently apologised after the aborted first attempt and delays to the second, before the results were finally released in December by the ESFA.

“Last week the education secretary and I chaired the first meeting of the national retraining partnership between the government, the Trade Union Congress and the Confederation of British Industry,” he said.

“I can reassure the house there was a clear and shared commitment to training to prepare the British people for a better future ahead.

“As our economy changes we must ensure people have the skills they need to seize the opportunities ahead.”