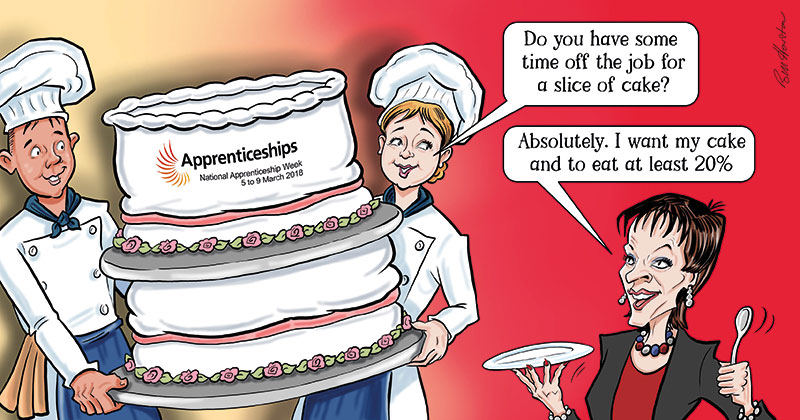 The 20-per-cent off-the-job training rule is the biggest barrier to apprenticeship recruitment according to an FE Week survey – but Anne Milton will not budge on it.

The contentious policy was attacked by more than a quarter of respondents to our annual survey, where we asked readers which single policy change would make the apprenticeship reforms more successful.

Despite this, the skills minister has insisted once more that it is a “protected characteristic” and won’t be changing – even at the lowest levels.

“Twenty per cent is really important, because an apprenticeship is about earning while you’re learning, so if you don’t have time off from the job you’re not learning anything,” she told FE Week at a special National Apprenticeship Week event on Monday.

Our survey, now in its third year, asked readers for their views on the changes to the apprenticeships system brought in last year – including the requirement that all apprentices must now spend 20 per cent of their working time in off-the-job training.

One of the questions asked: “If you could change, remove or introduce just one policy to make the apprenticeship reforms more successful, what would it be and why?”

Of the 286 people who answered, 76 said the 20-per-cent rule needed changing or scrapping altogether – making it the most commonly cited bugbear among respondents.

Dianne Travis, director of workplace skills and guidance at Babcock Training Ltd, said the requirement for the training to be “completed within the time an apprentice is paid to work” should be changed.

“Employers in many sectors can’t afford an apprentice who is ‘non-productive’ for one day every week in order to meet this requirement,” she said.

And Louise Timperley, apprenticeship engagement manager at The Co-op, said the “blanket percentage” for off-the-job training at all levels should be reviewed.

“It doesn’t make sense to invest the same in a level two as a level six, try a phased approach,” she said.

But when FE Week put this concern to Ms Milton, she suggested that someone following a level two apprenticeship could use some of their off-the-job training time to upskill to a higher level.

“It’s disappointing if we see learning as just confined by the end-point assessment,” she said. 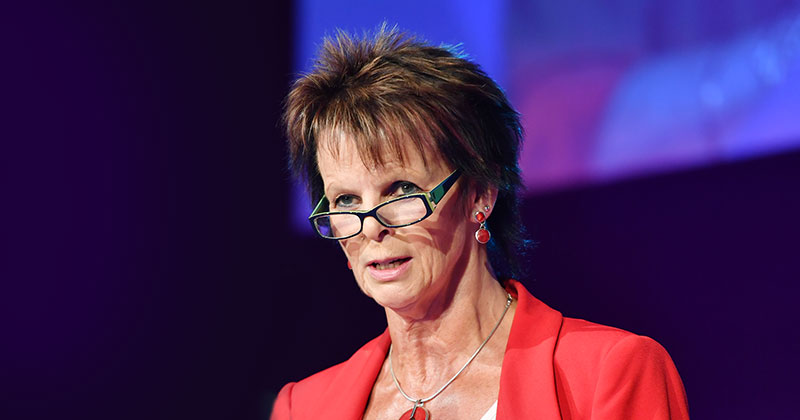 “For someone employing a person at level two, they must surely see the benefit of increasing the skills of that young person even if they’re not essential to the level two qualification.”

Monday’s event to mark National Apprenticeship Week was hosted by WhiteHat, an apprenticeship agency co-founded by Euan Blair, the son of Tony Blair, and Sophie Adelman.

Unlike many of our survey respondents, both saw the 20-per-cent rule as an opportunity rather than a challenge.

Campaigning against it “degrades the quality of an apprenticeship”, Ms Adelman said.

“Obviously there needs to be a level of flexibility around what it can contain but we think that people spending their time doing additional learning is not a bad thing.”

The rule has been a major bone of contention among employers since it was introduced last May, particularly smaller firms that claim they cannot afford to let apprentices spend a fifth of their time away from work.

It has had a knock-on effect for providers struggling to convince companies to take on apprentices – prompting demands for greater flexibility on the rule from the Association of Employment and Learning Providers at its autumn conference last November.