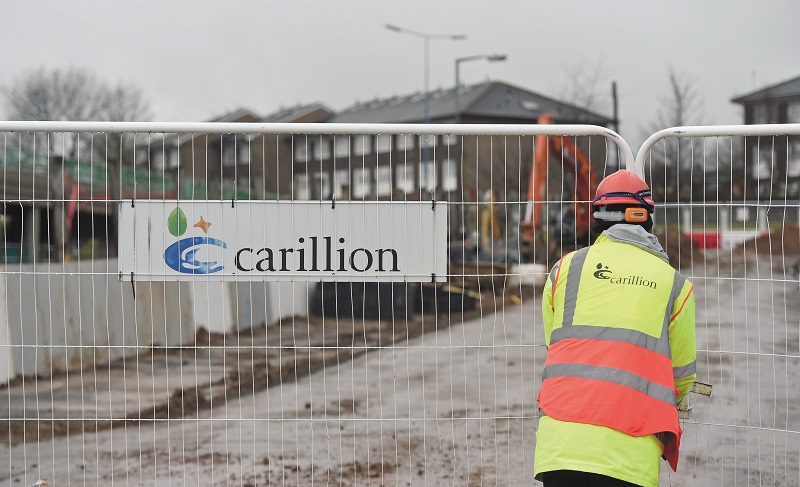 Cash incentives of £1,000 are being offered to every employer who takes on apprentices caught up in the collapse of Carillion.

The payments have been sourced by the Construction Industry Training Board in a £1.4 million package that sees firms receive £500 upfront, and a further £500 after six months if they’ve retained the displaced trainees.

Over 550 of the 1,400 affected apprentices have been given new job offers since the outsourcing giant ceased trading two weeks ago, according to the CITB.

If all the apprentices are found new employers, the board would pay £1.4 million over the next six months.

“To encourage employers to take on and retain Carillion apprentices, we will pay in-scope employers an encouragement grant of £500, with a further £500 retention grant after six months,” a CITB spokesperson explained.

“This is in addition to any apprenticeship grants an employer is entitled to.”

Meanwhile, the government this week confirmed that any former Carillion apprentice yet to find alternative employment will be paid beyond January, despite initial reports that they wouldn’t.

A story by The Huffington Post on January 29 claimed that Anne Milton had said payments to the out-of-work construction trainees would stop at the end of the month, in an answer to the shadow education secretary Angela Rayner.

“The ESFA can confirm that all affected apprentices will continue to be paid by the receiver until the end of January,” Ms Milton said.

The Department for Education later U-turned, and confirmed that pay would stretch beyond January 31.

“At present all former Carillion apprentices will continue to be paid while alternative employers are being sought,” a DfE spokesperson said.

She added that the CITB has already secured new employment, with wages, for nearly half of the apprentices and is working “around the clock” to sort out the others.

Liz Green, the mother of one former Carillion apprentice, called Alex, said it was a “relief” that the government stepped in to ensure that apprentices would still be paid.

She did however add that it “would have been nice” to have been personally informed on the Carillion “disaster”, rather than “relying on the press to tell us”.

Ms Rayner described the decision as a U-turn and said she hopes the government now sticks to its word.

Immediately after Carillion’s collapse, the CITB set up a project team to assist with the retention and redeployment of its apprentices.

Over 40,000 construction employers are said to have been contacted and encouraged to take on the trainees, who are mostly aged 16 to 18.

More than 850 employers have responded and offered job opportunities, the CITB said.

“I’m delighted that we’ve been able to help so many former Carillion apprentices; so many small firms have been critical in finding these roles but the job is not done,” said Gillian Cain, head of apprenticeships at CITB.

“I want to reassure those who have not yet received job offers that the team at CITB will continue to do everything they can to help apprentices find new employers and get on with their training. We are confident that with industry support we can get all apprentices back on track very soon.”

The Carillion apprentices were being taught at the company’s skills division, Carillion Training Services, which held a £6.5 million ESFA contract last year.

New education secretary Damian Hinds promised last week that he would ensure every apprentice affected by the collapse of the UK’s second biggest construction firm would be found new employment to complete their training.