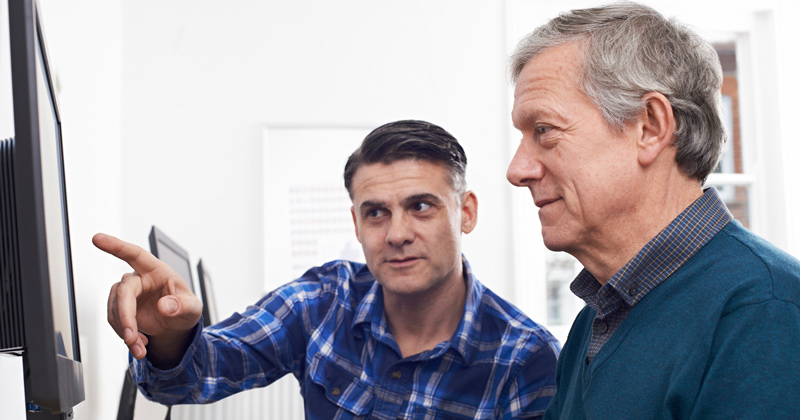 A change to adult education funding rules that will put digital skills training on a par with English and maths won’t come into force until 2020.

The Department for Education confirmed the news, as previously announced by skills minister Anne Milton at the Bett Show in London on January 24, in a new advert searching for contractors to research and develop new basic digital skills standards.

“This will form part of the wider delivery of the basic digital skills entitlement which will be introduced from 2020,” it said.

Free digital skills training for adults was first announced by the government in October 2016 and became law in April 2017 as part of the Digital Economy Act.

According to the DfE’s expression-of-interest document, the new statutory entitlement will “mirror the current approach for literacy and numeracy”.

It wants contractors to develop new basic digital skills standards at entry level and levels one and two, following one of the recommendations from a 2016 review into publically funded digital skills qualifications by the Skills Funding Agency.

The DfE is looking for “clear standards” to “support the different stages of digital skills development”, as the existing standards are “out of date” and do “not reflect the pace of technological change which found”.

The new standards, which will be “adopted as national standards” and should have “strong employer and sector buy-in”, will form the basis of new digital qualifications.

The DfE will now lead a consultation on the standards between October and December this year, and the final standards will be in place by the end of February 2019.

FE Week reported in October 2016 that funding for these courses was expected to come from the adult education budget – although a promised consultation on the final details, including funding arrangements, has yet to materialise.

In July last year, the skills minister Anne Milton said in Parliament that the department would “set out the plans to support the implementation of this entitlement in due course”.

And in October, Matt Hancock, then a digital minister and now the digital, culture and media secretary, told a technology conference that he was “developing the detail of the policy” with the DfE.