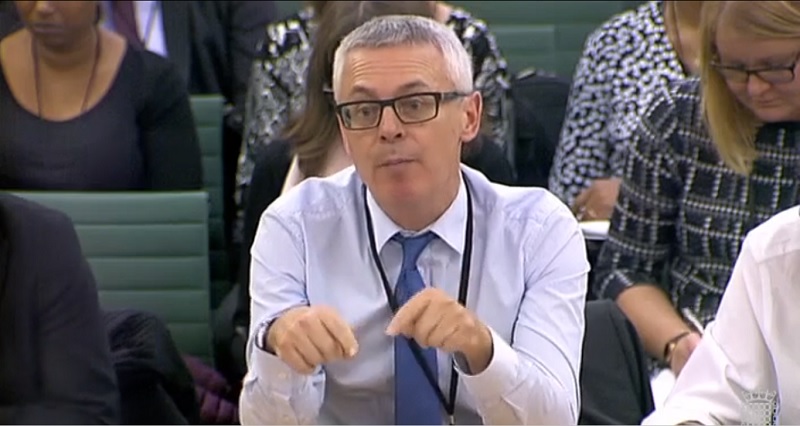 FE has “no representation” on the board of the new higher education regulator, a leading figure at the Department for Education has admitted.

The DfE’s permanent secretary, Jonathan Slater, told a public accounts committee hearing on Monday that it was “correct” to say that the further education sector was not represented on the board of the Office for Students.

Mr Slater said there had been “quite a lively debate” in Parliament over whether certain positions should be reserved for certain representations, adding: “We have overseen the process of appointing it in accordance with what Parliament agreed in the act, which wasn’t a specific representation from that sector.”

However, he would not be drawn on whether representatives from FE should have been included on the board, but claimed the conclusion had been for people to be appointed based on their job description and “that is what ministers did”.

Mr Slater’s admission directly contradicts the claims of ex-universities minister Jo Johnson, who said FE was represented on the board through Monisha Shah, the chair of Kent arts college Rose Bruford College, during a parliamentary debate on January 8.

However, despite the DfE’s insistence that the college is an FE body, FE Week established that Rose Bruford is officially classified as a higher education institution and receives no FE funding.

A student panel appointed to advise the Office for Students appears to feature only one former FE college learner, the president of the National Union of Students, Shakira Martin, who was once president of the student union at Lewisham Southwark College.

The NUS’ vice-president for further education, Emily Chapman, warned that the government is “hell-bent on ignoring” how central FE is to the HE sector, and said it was “astounding” that there was no dedicated FE representation on the board.

READ MORE: Office for Students board must have FE representation

She added that greater understanding of the role colleges play in widening participation to universities was vital for boosting social mobility.

“If the Office for Students fails to consider the state of FE, postgraduate numbers will continue to decline, dropout rates will increase and under-represented groups will continue to be failed by a system that promises something it is ill-equipped to deliver,” she warned.

A spokesperson for the DfE said: “Candidates were chosen to ensure there is balance of experience and skills on the board. Each appointment will be vital to the role of the new higher education regulator and we remain confident it will deliver for students.”

She added that the process to recruit a board member to replace Toby Young, who resigned last week, would commence “in due course”.