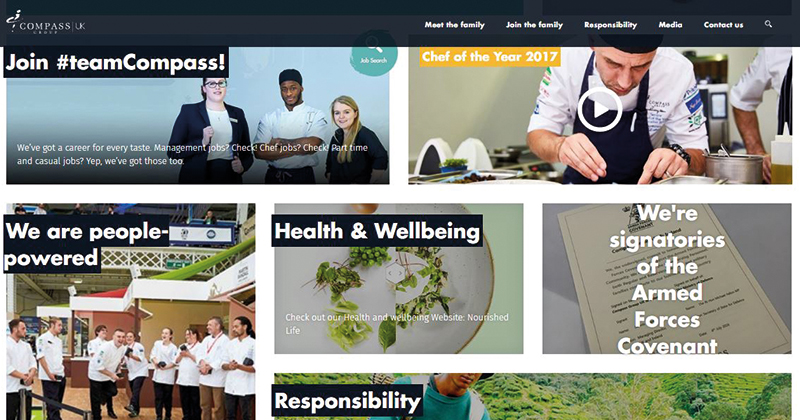 A FTSE 100 employer-provider has not been kicked off the register of apprenticeship training providers, even though Ofsted gave it a grade four nearly six months ago.

The Compass Group is still permitted to take on new apprentices in its capacity as a subcontractor, and has only stopped recruiting them on a voluntary basis.

According to an Ofsted monitoring report, the group has “secured the services” of a new partner, Creative Learning Partnership, and is in the “advanced stages” of hiring two new subcontractors to deliver apprenticeships in hospitality and management.

Compass had 460 apprentices on its books at the time when Ofsted visited in June, but declined to clarify whether it planned to operate as a prime or subcontractor.

“The levy-funded apprenticeships we deliver are through preferred providers,” a spokesperson said.

“In line with the ESFA’s rules regarding apprenticeship delivery, the apprenticeships we offer to colleagues are provided through approved third-party providers.”

A spokesperson for the Department for Education said Compass is “no longer able to take on any new apprentices for direct delivery” and that it would be removed from the register once it had been “issued a letter telling it that it’s going to be removed”.

“It doesn’t have permission to take on and be funded for new apprentices, but it is a large levy-paying employer so it has two different routes open to it,” she said.

“It can procure new apprentices through its levy fund, and it’s also still eligible to subcontract from existing register-approved providers with a value of up to £100,000.”

Compass would have been compelled to stop recruiting apprentices had it not agreed to do so voluntarily, she added.

It was rated ‘good’ in November 2014, but the latest full inspection report warned that “few line managers are engaged in the apprenticeship programme” and too few manage the subcontractor’s performance “rigorously enough” or have “sufficiently accurate or detailed awareness” of the quality of learning provided.

Learners made slow progress due to “operational restructuring, changes of assessors, poorly planned learning and a lack of time at work to devote to their apprenticeship”, and too many were left to teach themselves from workbooks.

Although the report accepted that UK directors had a “clear vision” for apprenticeships, it warned that they did not have a “clear understanding” of the performance of the programme and were not holding senior leaders to account for poor quality.

The company was allocated over £200,000 for 2017/18 for apprenticeships as of November. It was working with one subcontractor at the time of the monitoring visit; Jigsaw Training provided teaching, learning and assessment for apprentices in security services, hospitality and catering and administration.

The monitoring report said that Compass would now be focusing its “direct delivery” on providing apprenticeships in culinary programmes and chef leadership programmes.

It had also appointed, or were in the process of appointing, a new head of apprenticeships, a quality manager and an apprenticeship delivery manager.