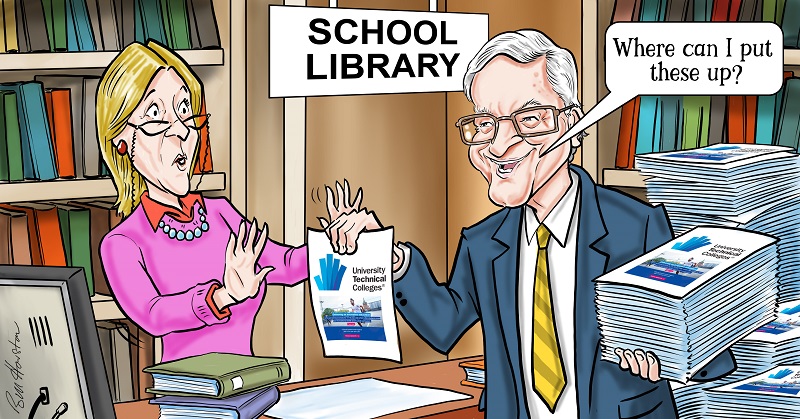 The Baker clause, which forces schools to open their doors to FE providers to let them advertise their services to pupils, will take effect from January, according to guidance published this morning by the Department for Education.

The amendment to the Technical and Further Education Act, which came into law in May, was proposed by the former education secretary Lord Baker, who acknowledged the move was likely to be universally hated by schools.

“From January 2, 2018 all local authority-maintained schools and academies must give education and training providers the opportunity to talk to pupils in years 8 to 13 about approved technical qualifications and apprenticeships,” the DfE said.

“Schools must have clear arrangements in place to ensure that all pupils have opportunities to hear from providers of post-14, post-16 and post-18 options at, and leading up to, important transition points.”

Lord Baker, the architect of the controversial UTC programme, proposed his amendment while the bill was passing through the House of Lords in February.

He accused schools of “resisting” those who tried to promote more vocational courses to their pupils, and insisted that “every word” of his proposed clause was needed because it would be “met with great hostility in every school in the country”.

The decision by the minister for the school system, Lord Nash, not to challenge the amendment, was met with surprise as it is considered unusual for the government to accept an amendment in this manner.

The amendment also went unchallenged when the bill was passed – meaning that the requirement became law.

However, there is still no sign yet of the government’s long-awaited careers strategy.

Skills minister Anne Milton outlined the four main pillars of the strategy earlier this month, and later promised delegates at the Association of Colleges annual conference that it was on its way.