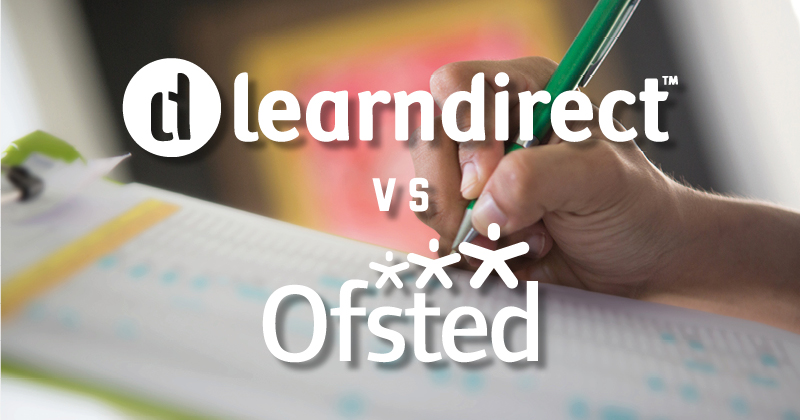 Ofsted has completed its first monitoring visit at Learndirect, as the provider attempts to improve on its ‘inadequate’ rating before its funding ends next July.

The nation’s largest FE provider has been under the microscope ever since it shocked the sector with a grade four that seemingly came out of the blue.

FE Week can reveal that inspectors returned last week for the first time since the debacle unfolded, and will continue to monitor its progress until a full inspection is conducted next year.

“These visits are common practice for providers we have previously found to be ‘inadequate’,” a spokesperson told FE Week. “Ofsted will monitor and reinspect it within 15 months of publication of its last full inspection report. A monitoring visit report will be published on our website in due course.”

Learndirect also published its full accounts for the 18-month period up to January 31 this week, in which it noted “in the absence of an improved Ofsted grade” the ESFA would not continue funding its adult skills provision after July 2018 – money which this year amounts to around £45 million.

However, Andy Palmer, the provider’s chief executive, hinted last week that the ESFA may decide not to terminate the funding if Learndirect improves its grades.

“At this moment in time, the ESFA has confirmed that funding for adult skills provision will not be available after July 2018, due to the Ofsted grade four,” he told FE News. “However, the company is focused and determined to improve this position to a grade two within the current financial year.”

Both the ESFA and the Department for Education declined to comment on the notion.

Learndirect’s accounts did however leave major question-marks hanging over its future, after figures showed how its long-term survival hinges on the success of its sister companies, including Learndirect Apprenticeships (LDA), over the next 12 months.

Its parent company, Pimco Holdings Ltd, is saddled with debts of £48.5 million, on top of a loan of £2.9 million from Lloyds Development Capital (LDC), both of which need to be paid back in November 2018.

The accounts did suggest Learndirect was still a “going concern”, and in order to survive, Pimco has secured a “working capital facility” of up to £5 million from its bank lenders, which will be available until November 30, 2018.

Pimco’s ability to repay, refinance or extend these loans will depend on the performance of its subsidiaries – Leanrdirect Ltd, LDA, and Learndirect Professional – over the next 12 months.

While the government currently stands by its commitment to terminate Learndirect’s funding in July 2018, the provider said it would “continue to reduce the exposure that it has from costs related to delivery of ESFA-funded learning” by reducing its numbers of delivery centres and staff.

In the meantime, alongside the DfE, it is currently under investigation by the National Audit Office after a referral from the Public Accounts Committee.

The NAO will look into claims the DfE gave Learndirect special treatment, allowing it to keep its contracts for much longer than usual despite its grade four.

The outcome is expected to in “winter 2017-18”, while the PAC is also planning to hold a subsequent hearing on the fiasco.