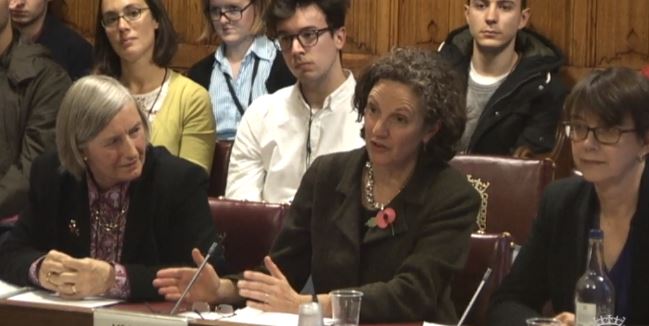 Senior government figures have been forced to defend whether further education is getting its “fair share” of funding during questioning at the House of Lords.

A hearing on the economics of higher, further and technical education saw senior civil servants quizzed about the disparity of funding across the sector, during a session of the Economic Affairs Committee.

Speaking at the meeting, Lord Burns criticised the “lavish funding” afforded to higher education and said “it’s not surprising” that people believe FE “isn’t really getting a fair share”.

The director general of HE and FE at the Department for Education, Dr Philippa Lloyd, said the government was working to address the issue but described it as “difficult stuff”.

She said the recently launched apprenticeship levy on large employers does “help counter some of that”.

“As I said, we are very aware that our technical education is not where it needs to be and that’s what we are focused on,” she added.

Asked whether it was time to “radically rethink” the “fragmentation” of FE funding by Lord Layard, Dr Lloyd admitted the sector “definitely needs attention”.

Lord Darling also asked whether, at a time when so many universities are offering technical education, the divide between HE and FE should be looked at again and made clearer “given the disparity in funding”.

Dr Lloyd said it was something the DfE did think about it and described the issue as “complicated”.

She also discussed “lessons learned” in the department following the revelation that T-levels were the 29th reform to technical education so far.

“Sometimes people have tried to do technical reforms without sufficiently involving employers, or sometimes with employers involved but not really establishing if the employer would actually take people with those qualifications,” said Dr Lloyd.

“I think also there are things about really understanding how and why people make certain choices. One of the things we are trying to do this time is, and it’s not meant to sound novel, we are actually talking to students and parents and teachers about how they feel about the decisions they are going to take.”