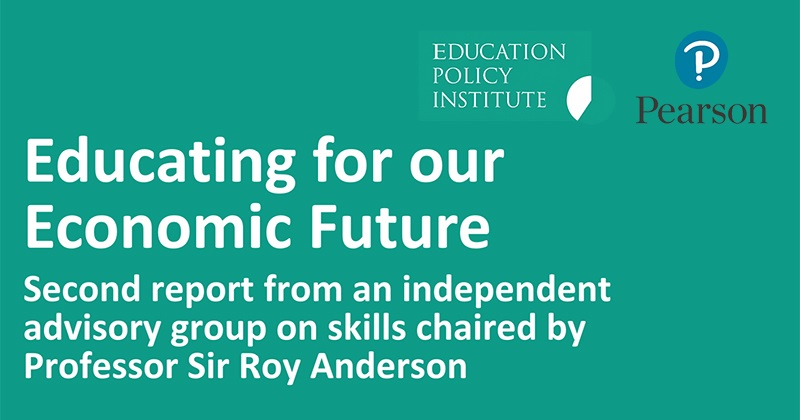 The government must rethink how it supports low-achieving, disengaged, and special needs students, as help from local authorities and the European Union continues to diminish.

This is one of the main recommendations from the new ‘Educating for our economic future’ report, produced by an independent advisory group of senior figures assembled from the higher and further education sectors, commerce and industry by Pearson, in partnership with the Education Policy Institute.

There are, it claims, “increasingly limited resources of local authorities responsible for education participation”, and warns that schemes which previously helped young people not in education, employment or training are now “in flux”.

Education, health and care plans, introduced in 2014 to provide better SEND support for young people under the age of 25, “may support the design of better-tailored support for students”.

However, a local government ombudsman report into EHCPs, published last week, found that councils aren’t doing enough to ensure learners with special needs got the help they need.

Some learners and their families face a “disproportionate burden” to get the support they are entitled to.

As part of its recommendations to help students in need of extra support, the report wants the transition year into T-levels – which is left over for learners who are not yet ready to enter the new vocational programmes from the age of 16 – to be “designed as part of a fully-formed three-year journey”.

This would help to “ensure young people are equipped with the right skills to progress into FE and to re-engage with English and maths over a sustained period”.

It suggests this transition year “may involve traineeships”.

The report cites recent evidence showing that 82 per cent of traineeship participants were satisfied with their programmes, but notes that “there were not wide differences in destinations between those who had completed the traineeship and those who left before completion”.

Other recommendations include urging the government to “launch a high-profile national campaign” promoting free English and maths courses for adults without GCSEs in these subjects.

It also wants functional skills to be developed into a “high-quality, relevant and recognised qualification”, and to review whether apprenticeships are suitable for “those lacking basic literacy and numeracy”.

The government is also asked to “avoid focusing on narrow numerical targets” for apprenticeships, and to instead “develop broader measures of success that consider the quality of training and its value to employers and learners”.

“With the UK’s decision to leave the EU, longstanding economic pressures, and disruptive technologies set to change the composition of the labour market, young people today are faced with unprecedented challenges navigating the complex path from education into the workplace,” he said.

Other members of the advisory panel include Neil Carberry, CBI’s managing director of people policy, Martin Doel, the FETL professor of leadership in further education and skills at the Institute of Education and former chief executive of the Association of Colleges, and Lesley Davies, the principal of Trafford College.

A Department for Education spokesperson: “We are transforming technical education so that young people have the skills and knowledge that employers need.

“We are also developing a transition year for students who are not ready to start a T level at age 16. We will engage with education providers and stakeholders on these proposals as part of the process.”