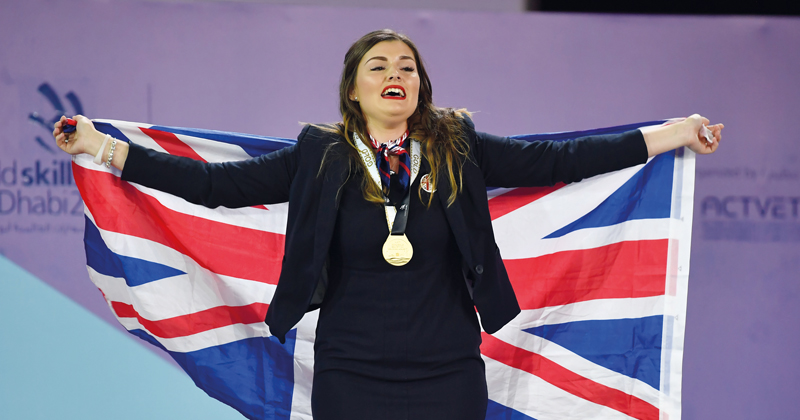 Team UK’s position as one the best in the world at vocational skills has been reaffirmed following World Skills Abu Dhabi 2017.

The 30-strong team’s haul of one gold, three silvers, three bronzes and 13 medallions of excellence put them in 10th position for medal points – ahead of 49 other countries, including Germany.

Between them Team UK – the smallest team in the medals top 10 – racked up an impressive 21,262 points, putting them in 11th place for total number of points scored.

Despite its world-renowned apprenticeship system, Germany only managed to place 12th in the medals table – although it fared better for points scored, coming in ninth place.

Their 37 team members secured one silver, two bronzes and 17 medallions of excellence.

China, with 47 competitors, topped the leader board for medal points, having achieved an incredible 15 golds, seven silvers, eight bronzes and 12 medallions of excellence.

Russia – the largest team with 51 competitors – ended WorldSkills Abu Dhabi with a total score of 35,461, which put them at the top of the points scored leader board.

Other European countries doing well include Austria and France, which both placed in the top ten for medals and points scored.

South Tyrol, Italy came an impressive 11th place on the medals table – between the UK and Germany – despite being just one region of a larger country.

And the five-strong team tiny Principality of Liechtenstein – one of the smallest countries in the world – still managed to secure one gold and two medallions of excellence, putting them in 33rd place on the medals board.

Theirs wasn’t the smallest team at WorldSkills Abu Dhabi, however.

Mexico had just one competitor, but the country did not appear on either of the final tables.

According to the tables, the Philippines, Romania, Croatia and Kuwait all fielded teams of two.

Both Philippines’ competitors won medallions of excellence – making theirs the only team in which no one went home empty-handed.

In contrast, there were 12 teams that failed to secure a single medal or medallion of excellence.

And read all about WorldSkills Abu Dhabi 2017 in our special souvenir supplement. 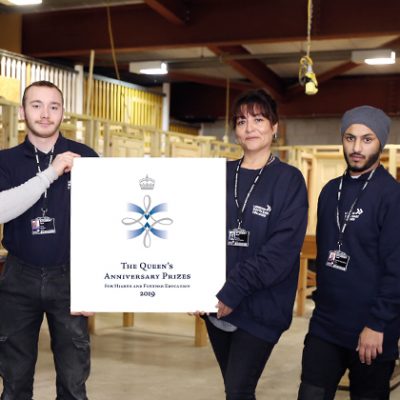