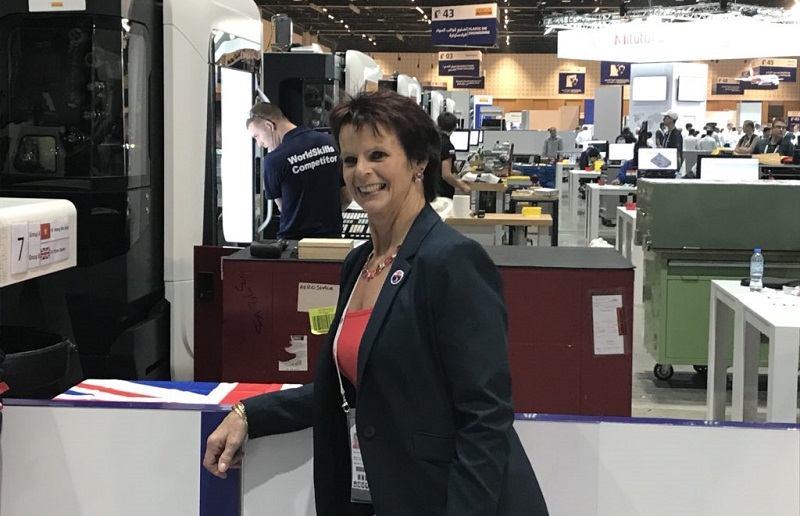 The skills and apprenticeships minister has pledged to bottle the “essence” of WorldSkills Abu Dhabi and “sprinkle it around the UK” in her bid to breakdown the “barriers” our country faces in bridging the skills gap.

Anne Milton today became the first UK minister to attend the global competition in eight years, and said all her dreams would “come true” if she were able to spread what she has seen to young people back in the UK.

The minister started the day by taking a tour of the Adnec arena, where WorldSkills 2017 is held, and visited the stands where each of our 34 competitors are battling the most skilled young people from 58 other countries. 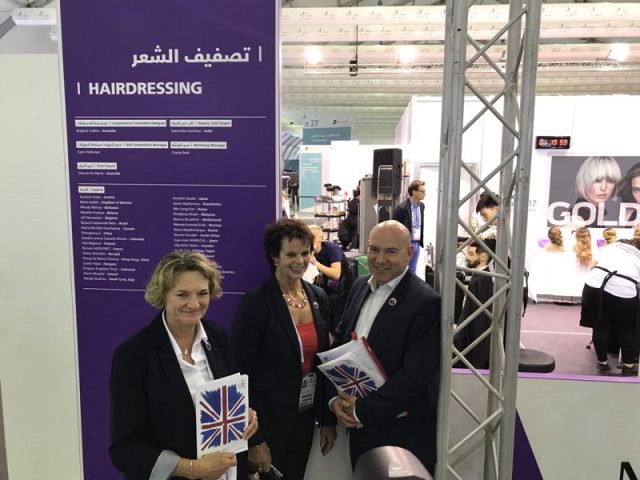 Accompanied by the ESFA’s chief executive Peter Lauener, WorldSkills UK chief executive Dr Neil Bentley, the organisation’s chair Carole Stott, and its director for skills Ben Blackledge, Ms Milton spoke with training managers and the friends and family of the competitors to get a feel of what the event is all about.

Speaking at a media event after the tour, the minister said: “I have heard a lot about WorldSkills but like many things, you can be told about it but it is not until you get here and see it in action. I had no real perception of the enormity of it and so to see the heavy machinery in here is extraordinary. The size and scale has blown me away.

“Having 34 competitors here from the UK makes me feel humbled. They’re the stars and I am dipping in the end of what has been an enormous programme of work.

“It is moving to meet the parents out here and see their pride in their children. It is also the diversity of skills that are being tested – landscape gardening, hairdressing, jewellery making and the rest, and if I were going to take something away from this it would be to bottle what I have picked up here in a little pot and spread it around the UK.” 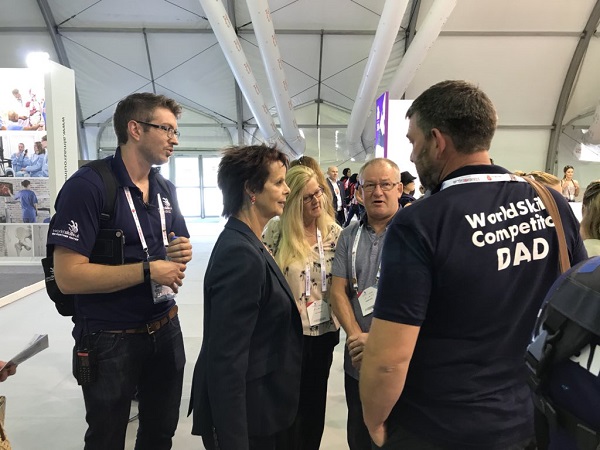 WorldSkills Abu Dhabi has come at a critical time for the UK given prime minister Theresa May’s new skills agenda. But for WorldSkills UK, the organisation that runs skills competitions for our country, funding has been squeezed by half in the last four years.

“One of the reasons I am here is because I don’t think it has ever been higher on a government’s priority,” she said. “Of course we face quite tight financial times, but this is critical not only for economic prosperity. It is about the country and all of that talent amongst young people that we are not able to use.”

FE Week also asked if she believes investing in skills competitions is a good use of apprenticeship levy funds for employers and providers.

“I think this is quite an interesting time,” she replied. “We set up the apprenticeships levy and introduced the Institute for Apprenticeships so this is a brand new system and we want to make sure the money is well spent. We also need to keep open-minded about what it is spent on, what will lever in the best value for learners and get the best skills.” 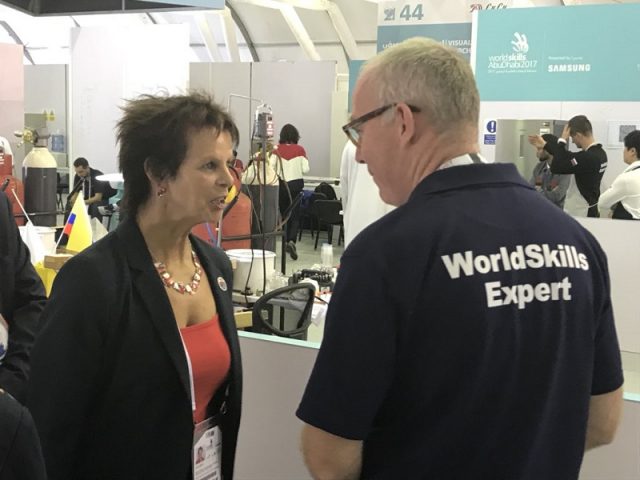 She added that she will always remain “open-minded” about what to spend levy cash on, because “we are growing a new way of doing things”.

“I think this reform has been very different from anything we have ever done before,” she continued. “What we have done is keep an open mind as we go along, it is a new system and we will adapt and shift to make sure that the levy money and any government money is getting maximum value.”

Lastly, Ms Milton said the UK is “absolutely not” good enough at spreading the benefits of skills competitions.

“If I could put in a bottle essence of this competition and sprinkle it around the UK then all my dreams would be answered,” she said.