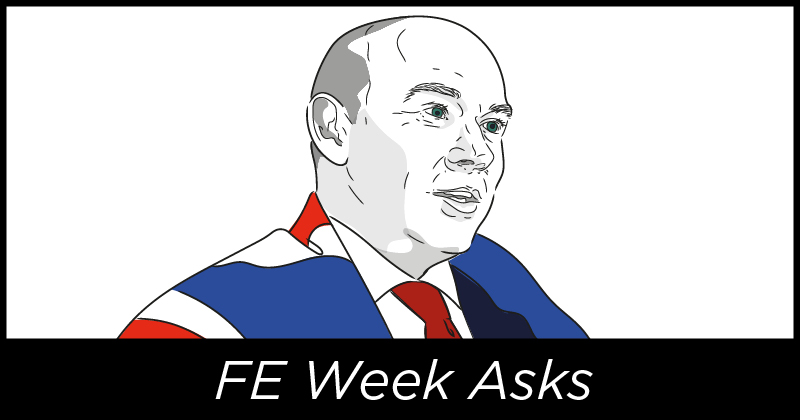 As Team UK packed their belongings and headed to the sandy deserts of Abu Dhabi for WorldSkills 2017, FE Week’s senior reporter Billy Camden caught up with WorldSkills UK’s boss Neil Bentley on the importance of the event given our country’s prominent new skills agenda.

The government’s desire to turn the UK into a nation of skills was made clear last week when Theresa May spelt out plans to create a “first-class” technical education system “for the first time in our history”.

WorldSkills UK’s chief believes this pledge shows just how important an event like the one taking place in Abu Dhabi is to the prime minister’s goals.

“This is bigger than just a competition,” he said.

“These contests are a means to an end but more importantly they act as a platform for government and business and young people to come together, and from a UK perspective, showcase the young talent we’ve got and who we are nurturing and developing.

“There is no better way of role modelling what the UK’s young people can achieve than by demonstrating it through skills competitions.”

He added that “inward investors won’t invest anywhere” if they can’t see a country has got the skills workforce, so WorldSkills in Abu Dhabi is the “perfect platform to demonstrate to the rest of the world that we have got what it takes to succeed post-Brexit”.

It has become well-known that WorldSkills UK needs more funding to keep pumping out the hot talent it does year-in, year-out.

Worryingly, government grants for the organisation have dropped by almost half over the past four years.

But Mr Bentley says he has cause to be upbeat about the company’s future.

“I would say the government really does get the importance of skills competitions and their interest has been increasing over the past year and that has no doubt been to do with the alignment around the agenda of
apprenticeships and technical education,” he explained.

“We have agreed with government to tighten our belt and have set a five-year business plan to bring more commercial funding to the business.

“At the moment, 60 per cent of our funding comes from government and the other 40 per cent from the private sector and other sources. We now need to balance that up so that more is coming in from the commercial side.”

He added that with skills minister Anne Milton visiting Abu Dhabi during competition it shows “we are all in this together”.

With a final word on the competition ahead, Mr Bentley said “success” for him in the Middle East would be for Team UK to maintain its top-10 position in the medal rankings.

“We know we will have a tough fight on our hands and the competition will be as hot as the temperatures in Abu Dhabi but we are gunning to do our level best to maintain our top 10.”