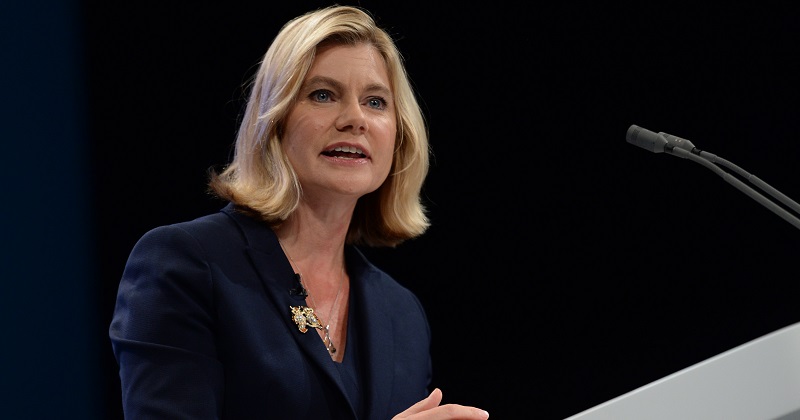 UPDATE: HEFCE has now announced details of the 27 projects on its website.  We’ve alerted the DfE

Justine Greening has announced 27 new degree apprenticeship projects, but the FE sector may have to wait a while to find out what they are.

In her speech to the Conservative Party conference, the education secretary heralded the success of the government’s degree apprenticeships programme.

She also announced the “next wave of degree apprenticeship projects”. These will help “meet the growing demand for these opportunities from the next generation”, Greening said.

In information published by the Department for Education in the wake of the speech, the projects are not named. And when asked when the names would be published, officials were unable to say.

The government has also confirmed there will be no additional funding to support the next wave of degree apprenticeships.

In her speech, Greening sang the praises of the degree apprenticeship programme, which has attracted 2,000 learners since it launched in 2015.

“We will pursue excellence in FE, as we have in our schools,” Greening said today, as she repeated her pledge to introduce T-levels.

“We will make sure that the technical education ladder is going to reach every bit as high as the academic one.

“In 2015, we introduced degree apprenticeships, so individuals can earn while they learn, and in less than two years, more than 2,000 people have started one.

So today I am announcing the next wave of 27 degree apprenticeship projects, that will help meet the growing demand for these opportunities from the next generation.”

The DfE says the announcement on degree apprenticeships is one of “a number of steps to continue to diversify the training and quality of qualifications on offer and ensure we remain at the forefront of higher education.

The department has also confirmed today that the amount adult learners will have to earn before paying back their tuition fees through the FE loans system will rise from £21,000 to £25,000 a year.

The 27 new degree apprenticeship projects will be tasked with “promoting and increasing this high-quality route into employment”.

This allows apprentices to earn while they learn, while “gaining a full degree that has been developed in partnership with employers and universities”, the DfE said.

However, there will be no new money for the extension of the programme. Instead, the 27 new projects will be funded from the £10 million degree apprenticeships funding allocated in 2016.