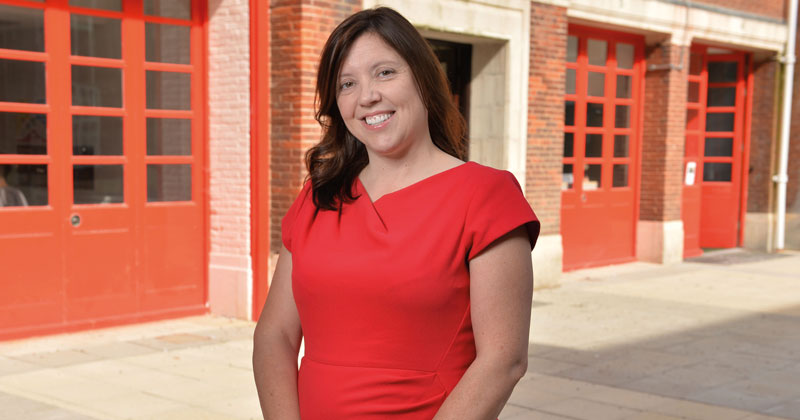 Two FE principals are up in arms over a planned new academy-chain small school sixth form, which they claim will dangerously increase competition for local students.

The Trafalgar College opened last September as a free school run by the Inspiration Trust academy chain, which also runs the nearby Great Yarmouth Charter Academy for 11- to 16-year-olds.

The chain is now consulting on a potential merger, and on plans to bring forward the potential opening of a new joint sixth form to 2019 from 2021.

The consultation has infuriated the principals of two local sixth-form colleges, East Norfolk SFC and Lowestoft SFC, who claim the area reviews demonstrated there was no demand for more provision in the area before 2021.

A consultation statement on GYCA’s website spells out the plans, saying: “Our approved plans for Trafalgar College include a sixth form from September 2021 to match pupils’ progression through the school.

“As the new merged school will have year 11 students from day one, we are also consulting on whether to apply to bring forward the sixth form start date to 2019.”

“It was set up as an 11-to-18 school and this was, in my view, a very serious costly mistake, made for ideological reasons in support of the free-school movement rather than student need,” she said.

It was set up as an 11-to-18 school and this was, in my view, a very serious costly mistake

“Evidence was provided at the time by Sixth Form Colleges Association, the Association of Colleges and others to show there was no demographic need for more places post-16, as the subsequent area review process made crystal clear. The quality of local provision post-16 is also not an issue. Both the local SFCs have ‘good’ Ofsted ratings and our outcomes this year are brilliant, with a 100-per-cent pass rate.”

Both East Norfolk and Lowestoft took part in a pilot area review of post-16 provision in north-east Norfolk and north Suffolk in 2015, which was followed in late 2016 by the extended Norfolk and Suffolk review.

A spokesperson for East Norfolk, which has 1,640 learners, pointed out that the resulting report “clearly identified a demographic downturn in the population of- 16 to 18-year-olds until 2021”.

“Trafalgar College opened as a free school in 2016 with its sixth form originally being planned to open in 2021,” he said.

East Norfolk’s principal, Dr Catherine Richards, told FE Week that she “will seek to work with the ESFA and RSC to fully evaluate the impact of the merger”, in order “to avoid duplication of provision in the local area and make best use of government funding”.

The Association of Colleges and Havering Sixth Form College challenged the Department for Education last year, over its decision to fund a new sixth form at Abbs Cross Academy and Arts College in Hornchurch, Essex.

The DfE backed down within days of a judicial review hearing and Loxford School Trust did not to go ahead with the project.

“When we opened Sir Isaac Newton Sixth Form in Norwich we were told by existing local providers that there was no need for it,” a spokesperson for Inspiration Trust told FE Week.

“Today Sir Isaac has more than 400 students and is returning some of the best A-level results in the country, so we think it is right to look with an open mind at what could best help students in Great Yarmouth.

“These new proposals reflect the changing circumstances since Trafalgar College was first put forward, and we welcome feedback from our fellow schools and colleges in the area.”