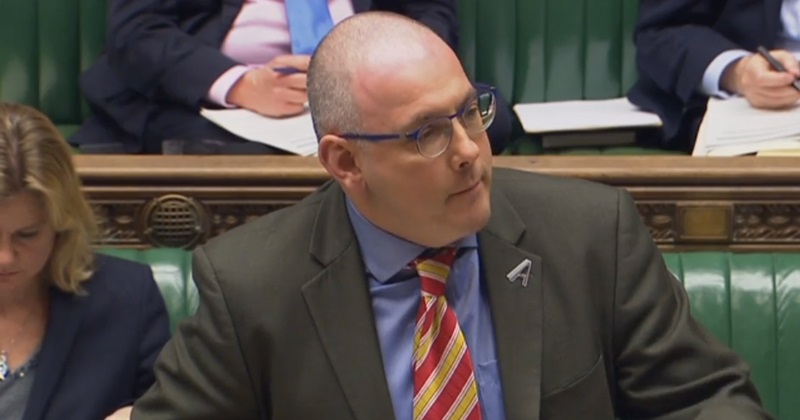 The former apprenticeships and skills minister and FE champion Robert Halfon has stepped back into the education limelight, by winning an election to become the new chair of the education select committee.

He received the largest number of the votes in the final round of voting which took place tonight.

Mr Halfon was sensationally sacked from his ministerial post in June after just a year in the role, with many FE sector figures speaking out to say they were sad to see him go.

But his passion for skills was undeterred, and he has continued promoting his message about the opportunities the sector can provide by speaking at events such as the South East Local Enterprise Partnership showcase at Harlow College on July 7.

One of Mr Halfon’s strategies in campaigning to become chair, as reported in FE Week, was to hand out flyers to MPs, illustrated with his favourite ‘ladder of opportunity’ metaphor.

On July 10, Paul Waugh, Huffington Post UK’s politics editor, spotted the Harlow MP’s work, tweeting: “@halfon4harlowMP is handing out his own flyers in Members’ lobby. It works when he does it outside Lidl in Harlow he says.”

Mr Halfon used the metaphor on numerous occasions during his short time in the skills minster post – including during his speech at the Association of Colleges annual conference in November – to explain how FE boosts learners’ life chances.

According to his pitch on the parliamentary website, Mr Halfon’s priorities for FE include scrutinising the rollout of T-levels and the apprenticeship levy, as well as the development of university technical colleges, national colleges and institutes of technology.

He also wants to expand adult education and plug the skills deficit, “particularly in science, technology, engineering and math subjects”.

“As a former education minister, I bring recent experience of the policy and challenges the committee will face in the year ahead,” he said in his pitch to colleagues.

Each one had to obtain the backing of 15 of their colleagues in order to qualify for today’s election.

The result was won with 261 votes in the 5th round, beating Nick Boles who had 213 votes.

Speaking to FE Week before the vote, Mr Halfon denied he was running as revenge for his sacking.

“I really have massive respect for my former boss Justine Greening. I’m doing it because I love education. I worked with Justine very closely. I think she’s a really good minister. She’s passionate about education.”

He added that he would use the role to keep a close eye on developments, including the work of his successor Anne Milton, the new apprenticeships and skills minster.

“The whole job of the committee is the scrutiny, that’s the whole purpose of it – that’ll be my job,” he said.